Nutanix CEO On Microsoft Azure, HCI And The Future

Nutanix’s first-ever virtual .NEXT conference kicked off on Tuesday with thousands in attendance virtually to listen to CEO Dheeraj Pandey speak about its new Microsoft Azure partnership, hyperconverged infrastructure and the future of Nutanix.

Pandey, who is preparing to leave the company he co-founded once a new CEO is found, started off by conference by recognizing the disruption caused by the coronavirus pandemic, which forced Nutanix to make .NEXT a virtual conference for the first time in the company’s history.

“The last six months has not been easy for any one of us,” said Pandey during his keynote presentation Tuesday. “We really appreciate you folks being with us in this special version of .NEXT.”

Here are the five biggest and boldest statements Pandey made during his keynote around hybrid cloud acceleration, COVID-19 market impact and cloud software consolidation. 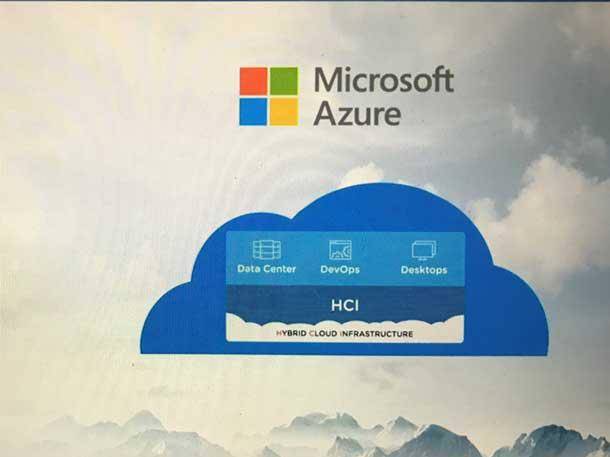 Taking ‘It Up A Notch’ With Microsoft

How do you make this HCI, this hybrid cloud infrastructure, even more real? We made an announcement a few weeks ago with AWS. We feel like it’s time to take it up a notch. What about running all of Nutanix inside Azure? That’s the thing that really excites us. Now we have two of the powerhouses, the hyperscale powerhouses, which we are running all our software with. The same experience for both sides of the aisle. Portable licenses being able to run not just Nutanix but also be able to connect to native Azure services: AI, ML and storage and everything else that Azure has come to deliver – all through a single veil, single identity and that singular experience that we all crave for in terms of what it means to have the same software run on both sides of the aisle.

That’s the thing that we want to really to talk about in the course of this conference. To really take hybrid cloud infrastructure to the next level. Let’s go and explore the new HCI. It’s beyond hyperconvergence, it’s really about hybrid cloud infrastructure. It’s about building applications faster, simpler and to really write them once, so you can run them anywhere. Let’s explore what it means to run better, run faster and run anywhere. The real opportunity for the companies to figure out is, ‘Can we govern this? Can we really reign in that chaos? Can we bring in this ubiquitous piece of software that runs anywhere and everywhere? Can we go consolidate the clouds with the idea of one-click hybrid cloud? Can we bring a singular experience between private, public and the edge with a very simple, security and seamless software, that we come to call a one-click hybrid cloud experience?’ That’s the journey of the next ten years. What do we mean by consolidation? We virtualize everything. Make everything into pure software: compute, storage, networking, security. By doing that, you’ve now made it mobile. We can now move them from any one location to another. We can drag and drop things, an entire data center from one location to another. But this power of, not just app mobility, but data center mobility. Finally, we have to go standardize them. Standard skillsets. We don’t need to have people only know Amazon or only know Azure or only know private cloud. It’s the same team. We’ve converged the notion of having a single team that does everything. Also standardize on user experience across on-premise and off-premise.

What HCI will do in the next five years is about really consolidating data centers with this idea of one-click private cloud. But where we think it’s suppose to head, is this notion of one-click hybrid. Consolidating all clouds with a singular experience with skillsets that people can use both on-premise and off-premise. The ‘Definition Of Hybrid Cloud Infrastructure’

Hyperconvergence is the foundation that’s really become a platform. It doesn’t just do VMs and virtualized storage for VMs and containers and operations management – it’s running pretty much everything as an application. You know filers and object storage, DR automation, DR sites – a ton of things that we’re doing for databases and databases-as-a-service, and platform-as-a-service is running on top of HCI.

Finally, digital desktops: both VDI and desktop-as-a-service. All of it is running on both sides of the aisle: on the private cloud side as well as the public cloud side. That is the definition of hybrid cloud infrastructure. [COVID-19] has accelerated digital transformation. We’re talking a lot more about hands-free IT, business continuity, disaster recovery and bursting to the cloud, streaming an entire office environment into people’s homes – all of this has happened in the last six months. “I’m Zoom-bombing. That’s what I’m doing. I just felt like crashing Zoom while also learning about the enterprise cloud journey at the same time – whatever that is,” said Noah.

Noah will be speaking during Nutanix .NEXT as a guest keynote speaker on Wednesday.

“I cleared my calendar a long time ago, which wasn’t hard. I haven’t had anything on my calendar since March,” he said. “I was just excited. I just wanted to say ‘hi’ to you so you don’t forget to call me tomorrow.”