Dialog IT hits $136m in bumper year of growth 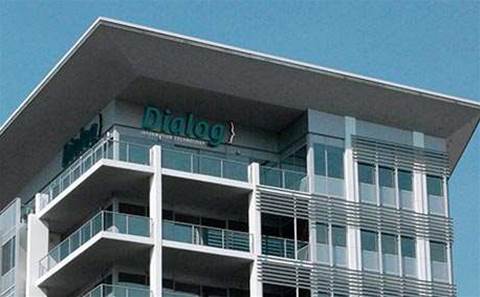 Brisbane's own Dialog Information Technology has surged in the past financial year, growing sales by $18.3 million while also fattening its profit margins.

The 35-year-old company now employs 1,100 staff across locations in Brisbane, Sydney, Melbourne, Canberra, Perth, Darwin, Adelaide, Hobart and Townsville. It has hired nearly 200 people in the past year.

Dialog's CFO, Lucas Doessel, revealed the group's upbeat results to CRN – not something it always shares. "Because we are a non-reporting entity and we tend to keep our information reasonably private, we don't lodge consolidated accounts [for all four businesses]," he said.

Unlike the ASX-listed companies currently revealing their annual reports to the sharemarket, Dialog is a privately owned company and is not required to publicly release a consolidated report for the four business units.

However, it is required to release the annual report for its largest division – Dialog – to ASIC. According to the report filed with the regulator, Dialog alone grew revenues 18.3 percent to $115.9 million and net profit after tax by an impressive 35.2 percent, to $9.2 million.

According to Doessel, as a combined entity the four business units posted revenues of $136.2 million for the year to 30 June 2014, a rise of $18.3 million or 15.5 percent on the year before. Consolidated net profit after tax was $9.2 million.

The group is a diversified operation that is predominantly focused on services, with no hardware reselling and only a small percentage of sales from software licensing. Doessel said that "most of the work in services we do is application development – [about] 40 percent – while managed services is 20-25 percent and systems integration is 10-15 percent".

Doessel was surprised Dialog's competitors aren't doing equally well. "We would have expected that some of the listed application developers would have done better and we are a little surprised to see their results."

He positioned Dialog as "a value for money service" versus rivals. "We are not as expensive as the likes of SMS, Accenture and Deloitte. Our price point is lower, but we still do good quality work because we employ experienced IT people."

He added that the past year's growth was entirely organic, and that the improvement in margin was largely due to better utilisation of staff.

During the financial year, the company expanded Access Testing into Hong Kong as well as growing its national footprint. "We opened an Adelaide branch, where Access Testing and Dialog now have about 40 people, so we are in every capital city," said Doessel.

Dialog is also looking to expand by acquisition, and Doessel hinted at two buyouts to be announced in the very near future

"For strategic reasons, Dialog has decided to expand our business in the Microsoft Dynamics ERP space. Even though we already sell Dynamics NAV, we want to get into Dynamics AX so that is the reason for these two acquisitions," he said.

The newest vendor in the Dialog mix is Google and it already forms a major part of the go-to-market. Dialog is aiming for Google to represent 10 percent of the business.

For a company that partners with all three of the big public cloud rivals – Google, Microsoft and AWS – it is a matter of picking and choosing the right products from each.

"We are not doing everything with every vendor… while we are doing, say, Google Apps in the Google space, the Microsoft effort is largely in the Dynamics field and we are not playing in the Office 365 space," said Irvine.

"A lot of them provide platforms for development. Dialog is predominantly a development house and these are the three main platform you are developing for," he added.