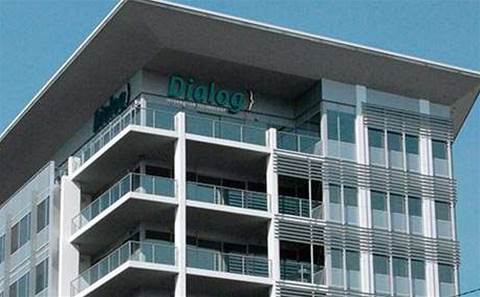 Microsoft partner Dialog has swelled its ranks to more than 300 in Melbourne and added a lineup of high-profile customers, after acquiring Microsoft Gold partner Lynx IT.

With six months to bed down the acquisition since the buyout in September, Dialog is understood to have grown its numbers from around 250 in Melbourne to more than 300.

In the meantime, it has added Microsoft Dynamics and Microsoft Business Intelligence development expertise from Lynx IT, amongst various other credentials. Dialog is also a major Australian Google reseller as well as an AWS partner.

Lynx IT was one of a select number of Australian organisations invited into the Microsoft Azure Circle, a group for early adopters during the public cloud’s initial stages.

It lists various high profile customers including BUPA, National Australia Bank and Tabcorp, while Lynx products are licensed to Toll Group, Visy Industries and the Australian Education Union. The firm's focus is the financial services and commercial market.

Lynx IT is not the only Microsoft Gold partner to be snapped up in the last six months.

Other major Microsoft Gold Partners to be snapped up recently include Sydney-based Harbour IT, bought by Canon in September, and Sydney-based Oriel, acquired by wireless provider BigAir in December.

The Lynx IT purchase swells Dialog’s already sizeable resources, which includes over 1,000 full-time consultants in Australia and Hong Kong.

In mid-2014 the firm went live with contracts totalling nearly $30 million, as well as earning a place on a whole-of-government federal mobile panel. It was also picked for a major federal government cloud supply panel this year.

The company’s Google business has made a name for itself with geospatial technology, including a Google Glass app for use by emergency services personnel.

Grow your software revenue by selling these 5 affordable, essential tools for the modern workplace
By William Maher
Mar 2 2015
12:07PM