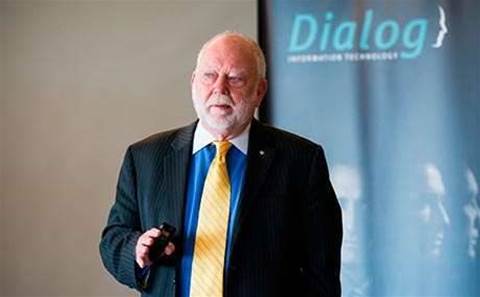 Brisbane software integrator Dialog Information Technology has taken some heavy firepower on a tour of government IT buyers in Canberra and Wellington.

The trans-Tasman tour aimed to educate potential buyers on the the federal, defence and security applications for Google Geospatial technologies.

Dialog IT is one of the top local partners for Google's mapping technology. In June, Dialog's national practice manager for Google Enterprise, Glenn Irvine, spoke to CRN about Dialog's ARGOS range of situational awareness solutions, which are aimed at industries including emergency services, police and defence and based on the Google Geospatial platform.

Dialog's Google Enterprise team also presented ARGOS at the government showcase, including its use in situations such as the Victorian bushfires and Brisbane floods and potential use case within the management of G20.

Also at the roadshow, Scully-Power – who is a "remote sensing global thought leader" as well as the first Australian in space – discussed "the US application of Google solutions to enable workforces and [to] generate a simple-to-use, real-time common operating picture across a range of smart devices".

Google's Weslander-Quaid talked up the vendor's "high security assurances, as proven in US Defence, its ease of change management and cost-saving factors".