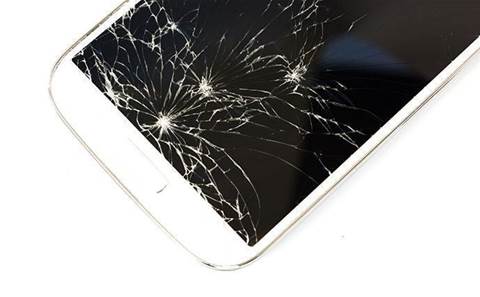 The boss of mobile distributor Roadhound Electronics has said he was glad the company saved for a rainy day after becoming another victim of Dick Smith's collapse earlier this year.

Roadhound's revenue was down by $15.8 million for the financial year ending 30 June 2016, hitting $122.9 million. Its profit went from $10 million to a $5.2 million loss, according to its annual report filed with corporate regulator ASIC.

It's a double whammy for the distributor, which not only had to swallow the bad debt but also expects to miss out on 30 percent of its ongoing revenue due to the loss of Dick Smith, which was its biggest customer.

Roadhound specialises in wholesale distribution of smartphones, primarily Samsung, as well as Huawei and Alcatel. It also provides after sales support for Samsung including repairs and warranty services, returns and customer satisfaction logistics, and is the main refurbishment partner for Samsung in Australia.

Dick Smith racked up $260 million in unsecured debt before it fell into administration in January, then entered liquidation in July.

Roadhound was one of the many creditors that faced the bad news from Dick Smith's liquidators – the debt would not be recovered.

Roadhound managing director Ben Sharma told CRN that his company would miss out on $17.7 million that was owed by Dick Smith. He said revenue from Dick Smith averaged $47 million to $50 million per year.

"Over the years, we have saved to strengthen our balance sheet, it is in times like these when one sees the rewards of all those years of being frugal," he said.

In the document filed with ASIC, Sharma said he expected further consolidation among its customers, "particularly in the area of carrier-aligned outlets".

As a major Samsung distributor, Roadhound has also felt the pinch of the South Korean phone maker's rough year. Samsung's highly anticipated Note7 phone was recalled over fire risks and ultimately withdrawn from sale – a saga that is expected to equate to US$5.3 billion of losses for the vendor.

Sharma said Roadhound would look to become less dependent on Samsung, though the partnership has been “extremely beneficial” so far.

He explained that Roadhound had developed a strategy around partnering and depending on the most popular vendor at the time.

“We have done this very successfully in the past with Motorola and then Nokia. Now it is Samsung. In fact, Roadhound’s entire balance sheet’s success and strength has been mainly due to the fact that we have embraced our dependence with the major seller of the time, forged closer ties with it and gone for the ride with the major player.”

Sharma said Roadhound wouldn’t look to win over more large customers “just for the sake of revenue” but pointed out recent customer wins with The Leading Edge Group, The Retravision Group, The Betta Electrical Group and Allphones retail.

“This does not mean that we are supplying all their mobile requirements, but it is a start. I am sure that we can build upon this,” he said.

Roadhound isn't the first distributor to feel the effects of Dick Smith's closure. While Dick Smith's full list of creditors hasn't been released, fellow mobile and electronics distributor Cellnet said it also missed out on a significant amount of revenue when the retailer closed down.

Founded in 1985, Roadhound operates out of Cardiff in NSW.