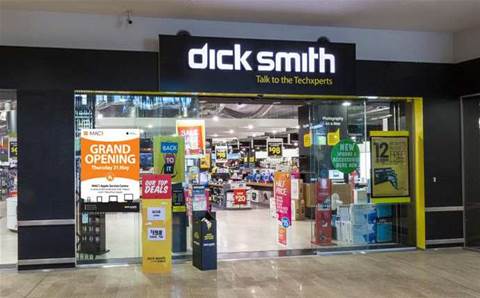 As a result, 181 employees have been made redundant, which includes 78 part-time, 101 casual and two full-time staff.

"David Jones has indicated they may be able to offer re-employment to some employees of Dick Smith who were formerly employed by David Jones at the time of entering into the concession agreement with Dick Smith," a spokesperson told CRN.

The redundancies will come into effect from Wednesday.

"The exit from concessions is a necessary step in the restricting process to assist in ensuring the commercial viability of the Dick Smith Group businesses,” said Ferrier Hodgson's statement to the ASX.

Dick Smith was placed in voluntary administration and receivership on 5 January owing $390 million in debt. The administrators will continue to look accept offers of an acquisition until 27 January.

However, Dick Smith's administrators will apply to have the second creditors meetings delayed until 2 August, leaving creditors in doubt of the company’s future until then.