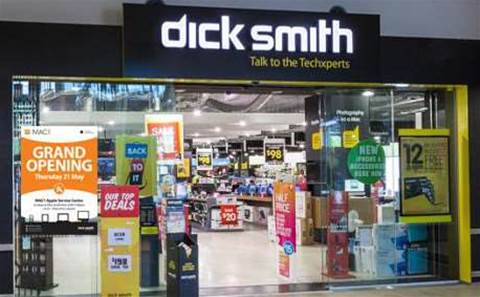 The newly appointed receivers of electronics chain Dick Smith has put a call out for buyers while confirming existing gift vouchers would not be honoured and lay-by deposits would not be refunded.

“Due to the financial circumstances of the group, unfortunately, outstanding gift vouchers cannot be honoured and deposits cannot be refunded. Affected customers will become unsecured creditors,” said Stewart.

He said the 393-store retail chain would continue operating while his team sought opportunities for a sale.

“We are immediately calling for expressions of interest for a sale of the business as a going concern,” Stewart said, adding that the New Zealand arm was profitable and “attractive to potential buyers”.

Staff will continue to be paid, with the receivers assuring the 3,300 employees that entitlements would be covered under the government’s Fair Entitlements Guarantee (FEG) scheme “if the business cannot be sold as a going concern”.

Stewart did not comment on the root causes of Dick Smith’s woes, other than to point out that “the business had become cash constrained in recent times”.

CRN contacted Ferrier Hodgson but a spokesperson declined to reveal the creditors or the extent of debts. Dick Smith's publicly listed print and distribution supplier PMP Limited revealed to the market Tuesday afternoon that its exposure could be up to $4 million, in a hint of revelations to come.

Dick Smith went into voluntary administration this morning after failing to secure sufficient short term funding. The chain copped a $60 million write-down on inventory in December then ran a clearance sale - but failed to turn around its fortunes.

Dick Smith was established in 1968 as a Sydney car radio installation business in Sydney. The eponymous entrepreneur sold his share to Woolworths in 1982, with the supermarket giant selling it to Anchorage Capital Partners in 2012. The business floated on the ASX in 2013.