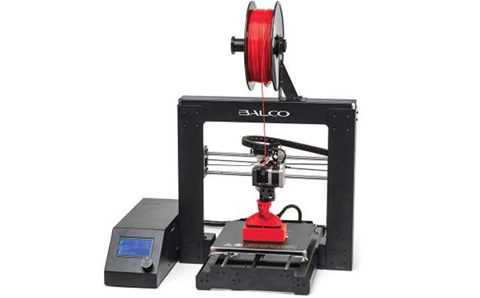 The device is a white-labelled Wanhao Duplicator I3 V2.1 - the same printer supermarket chain Aldi resold in February for the same price. That time the printer was called Cocoon Create and was supplied by Australian consumer hardware vendor Winplus.

The renamed Balco 3D printer measures at 400x410x400mm and can receive data direct from USB or MicroSD card.

The Balco 3D printer is available to pre-order from Dick Smith or Kogan websites. Products start shipping on 29 July.

Retailers such as Aldi and Dick Smith have brought down the barrier to entry for 3D printers, which have traditionally cost thousands of dollars. Officeworks also sells a range of 3D printing equipment, and even hosts a 3D Experience Centre in Melbourne that allows customers to print miniature models of themselves.