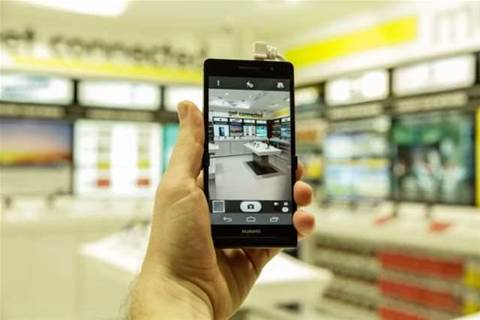 Dick Smith is transforming its stores into mini fulfillment centres for internet orders as it seeks to grow e-commerce to 10 percent of sales.

The nationwide electronics chain has already got five "powerhouse" stores online as part of its recent shift from Blue Martini to Ebay-owned Magento e-commerce platform.

Dick Smith chief executive Nick Abboud made the announcement as he opened its new flagship store at Westfield's Myer Centre in Sydney's CBD.

He said that Dick Smith's management team had spent the past eight months "getting its house in order" since private equity firm Anchorage acquired the 44-year-old Australian company from Woolworths.

"Dick Smith has been here 44 years. It has been our challenge to rebuild the brand over the past eight months," said Abboud.

The $1.3 billion-turnover company is aiming to hit 400 stores in Australia & New Zealand in the next three years, up from 323. The company has immediate plans to open 17 new stores between now and the end of its financial year in March 2014, including today's unveiling of the new Sydney CBD flagship as well as a store in Lilydale, Melbourne.

The new stores feature a new décor as the brand tries to reinvent itself in the age of the "experience store", epitomised by Apple's mushrooming retail outlets.

Abboud has close ties with the retail sector, having previously spent three years running the same Sydney Myer centre in which the new Dick Smith's is based as part of his 20-year career with Myer.

Abboud said the core of the Dick Smith business was computing, mobility and accessories, while entertainment would also remain a strength.

He added that Magento could easily be dropped into new stores, turning each into a regional fulfillment centre and using its geographic reach to its advantage.

In the past, all of Dick Smith's online orders had to be despatched from its Chullora warehouse.

"A lot of online players are still shipping out of one location. For me to ship a TV from here to Kalgoorlie would cost $300. I don’t make $300 on a TV," said Abboud.

The other factor to its new fulfillment channel is its sourcing centre in Hong Kong, through which it has already brought in $150 million of product.

This focus on online shopping is part of an "omnichannel" strategy, which spans in-store, online and mobile retailing via an upcoming app.

Asked what he thought of rival JB HiFi's move into the IT solutions sector through its acquisition of a majority stake in Melbourne-based reseller Network Neighbourhood, Ahmoud said: "In 12 months, I should be able to answer that. It is not a no, but let us get the core business right first."

Grab the MSP security opportunity
By Steven Kiernan
Aug 1 2013
11:39AM