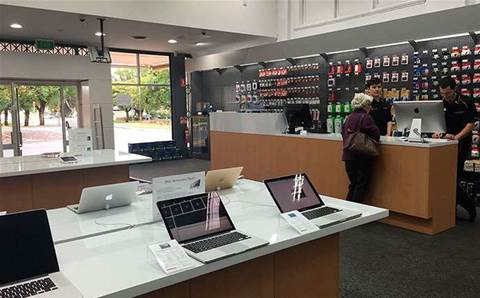 Leading Edge Computers resellers are capitalising on the gap in the market left by the demise of Dick Smith and its impact on Apple's supply lines into regional towns.

One of the fastest to move has been Rhett Stockdale, who this month opened a store in Bathurst – his third Leading Edge alongside existing operations in Orange and Dubbo.

Stockdale's business has become a major Apple reseller in regional NSW. "[Dick Smith] was the sole Apple reseller in that area. Because we specialise in Apple, that was a big factor for us to make that leap to Bathurst and fill the gap that came about with Dick Smith leaving."

The disappearance of Dick Smith, which had more than 300 stores across Australia at its peak, not only creates opportunities for other resellers to enter new geographies, but also to expand their product range, said Stockdale, who is a member of the Leading Edge Computers steering committee.

"There may already be a Leading Edge in that area that wasn't able to offer a particular service because Dick Smith had that tied up; now it becomes available." 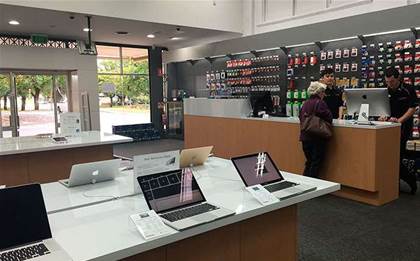 The closure of Dick Smith was "a real shame", said Le Page. "It is an iconic Australian brand but it has left us with an opportunity in a number of areas: to secure a prominent location, to pick up a few new customers who were customers of Dick Smith and we have also employed one of the Dick Smith staff."

Apple is a major vendor for Leading Edge Griffith, while Le Page pointed to Lenovo as its prefered business brand.

"Apple is a really big part of our business," she told CRN. "We love Apple not only because we love the product but for what it had done for our business. When we first become Apple-approved, there were a lot of guidelines we needed to follow and have the right look and feel but we found that gave us a really good benchmark to bring the rest of our business in line with that."

While the reseller "is not trying to mimic an Apple store", it has been inspired by the iPhone maker's minimalist approach.

The Griffith store has been repainted and updated. "We have replaced all the gondolas with our style of computer bench, which is really modern, clean look. We find that also opens it up a lot more – gives more visibility around the store and it doesn't feel cluttered at all."

The Leading Edge Computers support office in Sydney is helping its 132 stores identify opportunities, said general manager Lee Scott. "There are member opportunities in their local town with the demise of Dick Smith."

He said the support office was "looking at the geographic footprint of where Dick Smith was based and where our members are based".

Apple is one of the most popular brands to have lost significant market penetration after Dick Smith fell, and Scott said some Leading Edge members were "encouraging Apple to look at Leading Edge Computers stores".

The Apple channel has been rocked in recent months by the closure of not only Dick Smith, which owned the Mac1 chain, but also the Next Byte, the Apple reseller brand that was killed off by its parent, Vita Group, in December after years of underperformance.

CRN revealed earlier this month that Harvey Norman had entered into a deal to acquire Mac1.

Independent resellers aren't alone in grasping the opportunity left by Dick Smith. JB Hi-Fi is also in the mix. The publicly listed retail giant has already taken up the vacant retail spots left behind by Dick Smith in Sydney International Airport, signing a six-and-a-half year deal with airport retail partner Heinemann Tax and Duty Free to become the exclusive technology partner for the airport.

Telecommunications Services
By Steven Kiernan
May 31 2016
11:00AM