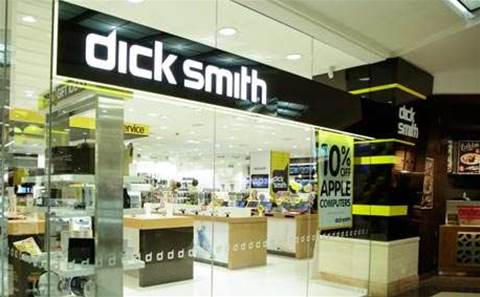 Dick Smith is up for sale less than a year after Anchorage Capital Partners purchased the retailer, the company confirmed to CRN.

"Anchorage is a turnaround-focused investment firm, so given the business is now pursuing a growth agenda and following interest from the investment community, we have commenced working with advisors to evaluate potential options," Anchorage said.

The private equity firm has appointed Macquarie Bank and Goldman Sachs to assess a number of options, including a trade sale and an initial public offering (IPO), as first reported by the Australian Financial Review.

It is hoped an IPO could run before Christmas and raise $600 million.

Anchorage's stated mandate is to not retain a stake in "revived companies upon exit." However, company chairman Phil Cave will reportedly personally make a significant investment to the float in order to remain chairman.

Dick Smith chief executive Nick Abboud is also expected to retain his option in a move that reflects his long-term commitment to the company, said the AFR.

Anchorage purchased Dick Smith from Woolworths in last September for $20 million. The company made an additional $74 million payment for Woolworths to forgo any share it would make from Anchorage's sale of the company.

Dick Smith has announced a number of new strategies in recent times. It has a plan to turn its regional network of outlets into a distributed supply channel for online sales.

It also took over the management of David Jones' in-store electronics business as well as ramping up its mobile and telephony offerings.

Dick Smith representatives had not responded at time of publication.