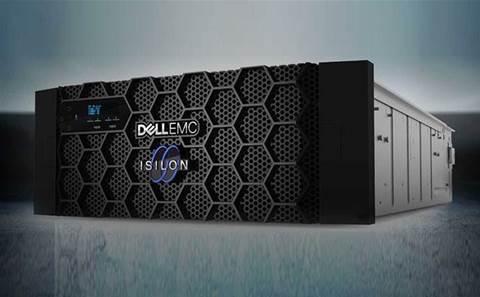 Dicker Data has expanded its partnership with Dell EMC to include the full storage range, which could be just the beginning of a concerted push into enterprise storage for the major Australian distributor.

The expanded Dell EMC deal, which commences on 1 June, comes less than a year after the vendor awarded its full portfolio to ASX-listed Dicker Data, which joined Ingram Micro and Avnet as Dell disties.

David Dicker, the distributor's chief executive officer, said: "Our reseller partners responded positively to the addition of the Dell range to our business and since announcing the partnership in 2016 we have grown to represent a sizeable portion of Dell EMC’s portfolio of client, server and networking products in the Australian market.

"The expansion to include Dell EMC storage further bolsters our position as a true hybrid distributor for the mid-market and enterprise reseller communities," Dicker added.

"Market trends like digital transformation and IoT are driving more data than ever before. Our vision was always around ability to provide end-to-end infrastructure solutions being networking, compute and storage, offer best technology solutions available in the market and allow our customers to differentiate and offer best value to their clients.

"We have been very clear in our vision and enterprise storage component of the strategy was a clear gap in it for the organisation," Mitnovetski added.

Geoff Wright, general manager channel, Dell EMC ANZ, said: “Dicker Data has a great reputation within the Australian market and is a fantastic distribution partner to Dell EMC. After an extraordinarily successful year working together, it was a natural evolution to add the storage product range to this partnership. We look forward to continuing the growth of the relationship with Dicker Data and their reseller partners into the future."

The company made its first foray into enterprise storage when it secured Nimble Storage in 2015. Since then, Nimble was acquired by one of Dicker's flagship vendors, Hewlett Packard Enterprise.

Dicker Data turned over $1.2 billion in the full-year to 31 December 2016, making it the third-largest distributor after Ingram Micro and Synnex. Dicker generated $36.6 million in profit and has seen its share price rise 26 percent in the past 12 months.