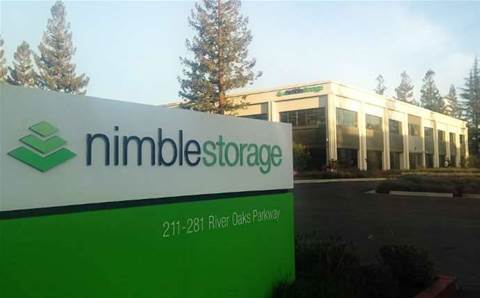 Nimble began selling into the Australian channel in August 2014 when it appointed Nextgen Distribution as its sole distie. Nextgen will continue to distribute Nimble alongside Dicker.

“We're excited to be working with both Dicker Data and our existing distributor, Nextgen, moving into 2016,” said Hackney.

“Both organisations have the strong industry knowledge, the market reach and industry leading technical skills to support our rapid growth across Australia and New Zealand. Ultimately, with both companies on board, we'll be better able to support organisations with facing the ever-increasing demand on storage infrastructure brought about by the explosion of data with the advent of IoT and server virtualisation,” said Hackney.

Nextgen managing director John Walters said his company would continue to have a strong relationship with Nimble. “They are one of the fastest-growing and most exciting growth vendors that I have been involved with in our industry and certainly since the launch of VMware around 2003.

“We at Nextgen are proud to be an early partner and have helped them grow in the ANZ market to the point that they need to appoint another distributor.”

Nimble also announced updated features to its adaptive flash platform for enterprises. These include software-based encryption, Microsoft ODX and SCVMM support and audit log tracking, which are available as free updates.