Dicker Data breaks up with two vendors but who dropped who? 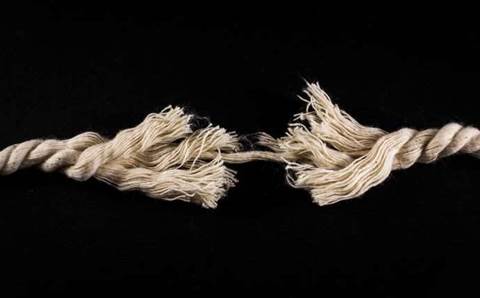 Dicker Data will no longer supply products and services from vendors Arcserve and CloudRecover, though there seems to be disagreement about which side initiated the separations.

In a statement on Friday, Dicker Data chief operating officer Vlad Mitnovetski said: "We are officially terminating our distribution agreements with both Arcserve and CloudRecover."

Mitnovetski said the terminations would enable the distributor to focus on alternative vendors Veritas and StorageCraft. "The combined revenue impact by removing both Arcserve and Cloud Recover will be under 0.1 percent."

However, Arcserve told CRN that, in fact, the data protection provider ended the agreement after years of partnership. Arcserve had previously worked with Express Data, which was acquired in 2014 by Dicker Data.

"With the launch of Arcserve UDP appliance series this year, we had been evaluating and strategising our channel approach in Australia. We were in need for a data protection-focused distributor to help Arcserve accelerate its growth and expand into new sectors moving forward," said Caddy Tan, Arcserve APAC regional director.

The agreement between Arcserve and Dicker will cease on 18 November. Arcserve confirmed it had already found a replacement, naming Melbourne-headquartered ACA Pacific as its new Australian distributor.

Dicker Data will be continuing its relationship with CA Technologies, which is the brand Arcserve was split off from two years ago. Dicker Data said it will assist its partners with their business during the transition.

Dicker Data on Friday also announced it had terminated its relationship with CloudRecover after a two-year relationship.

Sydney-based managed services provider CloudRecover was appointed as a Hewlett Packard Enterprise software distributor in July, putting both companies "on the same selling tier", according to CloudRecover. The agreement will end on 8 November.

The separation from Dicker Data will be good news, according to a CloudRecover statement. "CloudRecover and Dicker Data have mutually decided to end their distribution arrangement. The revenue effect is expected to be net positive as partners transfer to a direct relationship with CloudRecover," said a spokesperson.