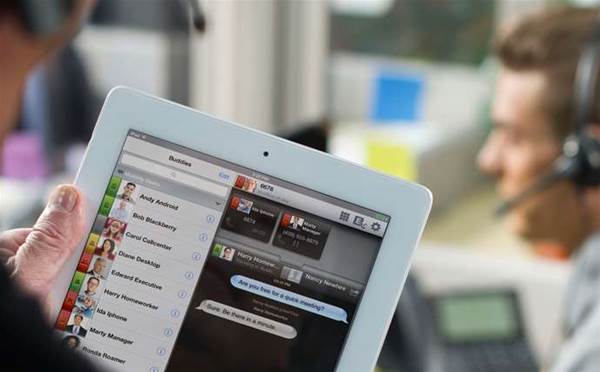 Dicker Data is bringing ShoreTel's Hosted Voice product to Australia as part of its exclusive distribution relationship with the comms vendor.

"We’re confident that this will be a strong fit with the tier-two partner base who have the market but not the expertise to deliver a voice solution," said chairman and chief executive David Dicker.

According to Dicker Data, voice was a channel that has conventionally required specialised expertise to resell, but ShoreTel Hosted Voice allows "resellers of any size, scale and expertise" to be in the race.

"ShoreTel Hosted Voice removes all of the traditional barriers by enabling the reseller partners to sell the solution and have ShoreTel deliver it. The cloud-based program provides a fixed monthly base fee for the service with usage rates billed on top," the distributor announced to the ASX on Monday.

Dicker Data's added responsibility for Shoretel Hosted Voice came on top of a renewal of its exclusive distribution agreement with the vendor, effective this week. The relationship goes back to the Express Data era, a rival distribution company which Dicker acquired in February 2014.

"Dicker Data’s entire base of national resellers now have the opportunity to sell this complete as-a-service communications solution and capitalise on the growing demand for cloud communications in country," said ShoreTel Australia managing director Jamie Romanin.

Last week, Dicker Data also became the first to distribute Autodesk products via subscriptions. The distie was in the headlines earlier Monday for nabbing two Hewlett Packard Enterprise staffers to fortify its own HPE channel.