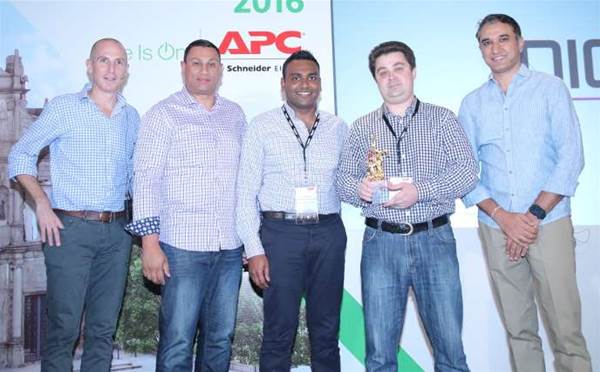 APC by Schneider Electric has named Dicker Data as its distributor of the year for Asia-Pacific and Japan for the second year in a row.

Dicker Data is now APC by Schneider Electric's largest distributor in the Pacific region, according to the vendor's general manager of channel and alliances Muralee Kanagaratnam.

"They have supported the partner community exceptionally. Their world-class pre-sales, logistics and sales capabilities have earned them the distributor of choice by many channel partners. They are definitely a worthy recipient of this accolade," Kanagaratnam said.

Dicker Data chief executive David Dicker said: "We’ve had another year of satisfying results across their product portfolio and we look forward to continuing to grow in partnership with the APC by Schneider Electric team.”

Dicker Data was also named Australian distributor of the year at APC by Schneider Electric's channel conference held in May.

“They secured a number of very large and strategic rollouts, often displacing our competitors who were the incumbent. Dell Technologies have a strong and highly engaged sales and solutions engineering team and expect to continue the exponential growth into next year,” he said.

“Both Dicker Data and Dell have demonstrated effective engagement with their local APC representatives. They have shown innovation, competitive differentiation and customer value, resulting in profitable business.

"They have also demonstrated the ability to leverage the breadth of the APC by Schneider Electric solution portfolio, particularly UPS, racks and server solutions for customers. We couldn’t be more proud of our successful relationships with both businesses.”

The awards were in recognition of partners with substantial growth in revenue and/or customer base through APC products.