Dicker Data hits $1B in half year revenue despite COVID 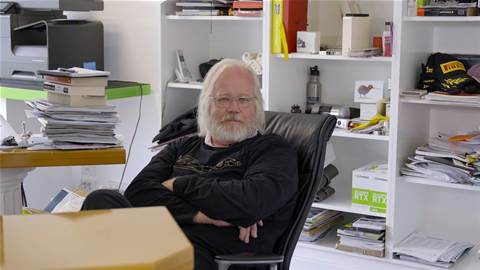 Dicker Data has hit another billion dollars in revenue in its latest half year report as the distributor reported strong growth in margins and recurring revenue.

The company attributed the results to “a combination of revenue growth, increase in gross profit margins and maintenance and control of operational leverage”.

As a result, gross profit hit $96.5m, an increase of 24.8 percent. Gross profit margin increased 9.6 percent which the company attributed to an “increased focus on mid-market and SMB business”.

Operating expenses were also up by $7.9 million but still only accounted for 4.9 percent as a percentage of sales.

The company said finance costs were down $770,000 to $2.2m attributable to the lower interest rate environment and the payout of the corporate bond in March.

The company also reported earnings per share increased to 17.08 cents, up by 16 percent. However, it reduced total investment in working capital by $3.3 million to $162.1 million.

In addition, its fixed asset investment increased by $27.4 million predominantly made up of costs related to construction of the new distribution centre in Kurnell.

The distributor told investors it was on track to complete construction by the end of the year.

“The new distribution centre represents an increase in capacity of almost 80 percent and there is a further 20,000 sqm warehouse space approved as part of the Development Application to be built as part of a second stage providing future expansion options,” the company reported.

Borrowings decreased by $39.9 million with the repayment of the corporate bond in March 2020 and equity increased to $158.6 million, an increase of $63.6 million.

Dicker said this was due to the net proceeds from the share placement in May 2020 and share purchase plan proceeds in June 2020.

Finally, the distributor said its net cash generated from operating activities was $30.3 million, an increase of $14.6 million.

Looking forward, the company said the full impact of the COVID-19 outbreak continued to evolve at the date of this report.

“The business to date has proved resilient to the negative economic impact of COVID-19,” it said in a statement to the ASX.

The distie said key priorities over the last few months had been to ensure continuity of service to customers and be a reliable partner to its suppliers amid the global pandemic.

“As we move into H2 2020 the demand continues to be very strong with customers concentrating heavily on business growth strategies during and post COVID-19. The greatest opportunity for Dicker Data over the next 6-12 months is supporting business with their return to work strategies in a post COVID-19 environment.”

The company flagged 5G technology as “going to have a revolutionary effect within our industry driving the explosion of data and strong acceleration of AI and machine learning technologies”.

Dicker said this presented an opportunity for further growth in the next two years and beyond.