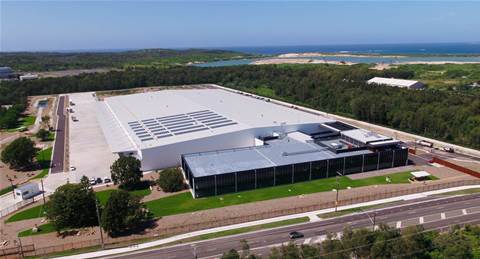 Dicker Data has had another successful half-year to June 2021, posting an increase in both revenue and profit, with almost every area of business seeing growth over the same period last year.

Net profit after tax was $32 million for the period, a 9.2 percent increase over the $29 million reported last year.

Hardware was the largest segment, accounting for $713.5 million of total revenue, a 4.6 percent increase.

Software sales came in at $258.0 million, up 1.8 percent, with perpetual software sales rising 10.7 percent while subscription software (SaaS) saw 14.8 percent growth. However, renewable software (where the customer is billed for the service, usually annually) saw a decline that stymied overall software growth, as it came off the back of a surge in sales following the move to work-from-home in the same period of the last year.

Dicker Data’s operating expenses increased by $1.6 million, up 3.3 percent on the previous corresponding but were still lower than the revenue increase for the period.

The company attributed this primarily to salary increases as staff numbers grew from 454 to 540.

“We are pleased with the HY21 results which represents over 43 years of the Company’s consistent and strong results,” chairman and chief executive David Dicker said.

“Despite ongoing changes in the current environment we’re operating in, we will continue to focus on executing strategic decisions that ensure we continue to grow, meet challenging requirements and deliver value-added services to our vendors and reseller partners.”

The company also noted its recent $68 million acquisition of NZ distributor Exeed and the NZ$380 million (~AU$363 million) revenue that the new subsidiary is expected to generate in FY21. NZ$70 million (~AU$67 million) of that amount comes from Australian operations from vendors that do not overlap with Dicker Data’s existing Australian portfolio.

The company said it is expecting its New Zealand operations to more than double in size to over NZ$500 million as it introduces big-name vendors like HP, Apple and HPE.

The acquisition also gives it a presence in the retail sector across ANZ, which it has not sold into before.

In regards to the ongoing chip shortage, Dicker Data stated that it has worked to soften the impact by managing the supply chain, improving forecasting, working with vendors to secure stock, and managing customer expectations.

It added that it has a large backlog of orders that it will continue to work to fulfil as supply improves.

“The company sees its greatest opportunity in the next 12 months in supporting reseller partners who are building and delivering return to work solutions and strategies that are compliant with evolving Government guidelines. The commercialisation of edge technologies will accelerate as home offices become office sub-branches that require connectivity, security and device management solutions,” Dicker Data chief operating officer and executive director Vladimir Mitnovetski said.

He pointed to the growth of 5G and its potential in AI and ML and demand for cloud services as companies shift to IaaS as major growth areas.

“Public and hybrid cloud solutions are the major growth drivers in the cloud segment, particularly as the technology, and our partner’s skillsets in delivering these solutions, is maturing,” he said.

The company also referred to its new $74 million headquarters in Kurnell, NSW, which increased its employee capacity by 80 percent with a modern and more environmentally friendly campus.

Total dividends declared and paid during the half financial year were 19.5 cents per share or a total of $33.6m, fully franked, the company said.

Grow your software revenue by selling these 5 affordable, essential tools for the modern workplace
By Ben Moore
Aug 26 2021
11:54AM