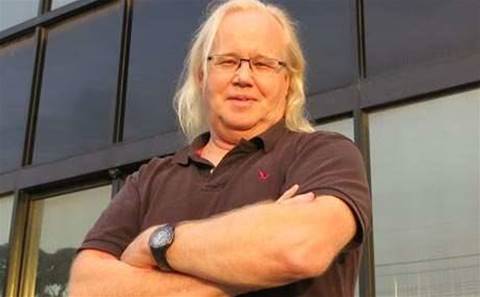 CRN understands major vendor partnerships are expected to remain intact as part of the now-completed Dicker Data acquisition of Express Data - other than Apple.

David Dicker confirmed that the distributor's longstanding relationship with HP will continue and while he wouldn’t comment specifically on any other major vendor relationships, CRN understands they are expected to continue.

"We expect [the other partnerships] to be OK, but we haven’t finalised the details," Dicker told CRN. Express Data's major partnerships include Cisco and Microsoft.

The one Express Data vendor partnership that Dicker confirmed won't be continuing is the one with Apple.

"It's just not financially viable, because the costs of doing the business extinguishes all the profits. It's as simple as that. Make the calculation just in your head and you come out behind. "

Dicker said that the cost structure would make it difficult to turn a profit, based on gross margins on Apple products, adding "our calculation of where the profit would lie would still be below the metrics we use.

"The cost of running the account for customers, the cost of operating the business, you just can't make a buck."

The completion of the $65 million acquisition was announced yesterday, with Dicker describing the deal as a "significant milestone for both our company and the Australian IT industry".

Dicker Data is currently adding an extension to the back of the company's factory in Kurnell. That work is expected to be finished in a few months, after which time Express Data staff will move to the Kurnell facility.

Dicker Data will also move ahead with plans to issue shares as part of its plan to pay off the debt.

"As long as we can issue the shares at the right price, we're going to do that as soon as we can, Dicker said. "The sooner we get the debt expunged, the happier we'll be. That way we complete the whole transaction and everything's finished."

With the "Herculean" task of raising the money and the acquisition now complete, work now begins on integrating the two companies.

"I'm confident we can do it. We’re in the same industry, and I don't see any reason on earth why we can't make it a complete success," Dicker said.

Mitigate tech risk in your business
By William Maher
Apr 2 2014
7:21AM