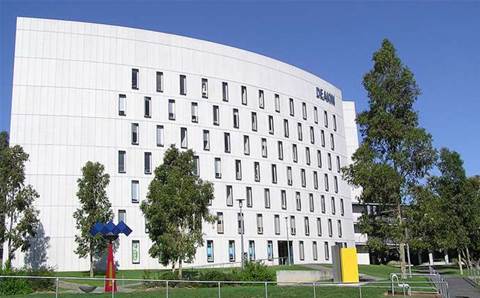 By Donaldytong (Own work) [Public domain], via Wikimedia Commons

The major overhaul was conducted in response to “erratic” service delivery with the university’s chief digital officer William Confalonieri calling performance “mediocre at best”. The university estimated it had only 28 per cent wireless coverage across its campuses.

The network was managed by the university itself, with Dimension Data providing uptime support.

The overhaul, which needs to support more than 52,000 students and over 5,000 staff across four campuses, also saw another 100 wi-fi Cisco access points upgraded to 802.11AC.

Dimension Data boasts that the upgraded network is capable of the simultaneous connection of more than 30,000 devices, and has increased coverage to 82 percent of the university.

The university’s students are allocated 5GB of data per trimester via wi-fi and no limit when connected via Ethernet, according to the university’s web site.

The rollout is the second significant Cisco deployment announced this month, with Data#3 winning a multimillion-dollar deal to upgrade Edith Cowan’s fixed and wireless Cisco networks.

Cisco also scored positive PR earlier this year when Amcom announced the migration of 13,000 users at the University of Melbourne to a hosted voice, video telephony, instant messaging and presence platform. The deployment was touted at the time as the largest publicly-announced deployment of Cisco's Hosted Collaboration Solution (HCS) in Australia.

Deakin is no stranger to Cisco deployments, having also been an early adopter of Cisco’s Unified Computing Systems (UCS).

The university has been previously cited by Cisco as a prime example of the benefits of server virtualisation after it moved to virtual machines.