Digital innovation gets a boost in 2020 IT budgets: Gartner 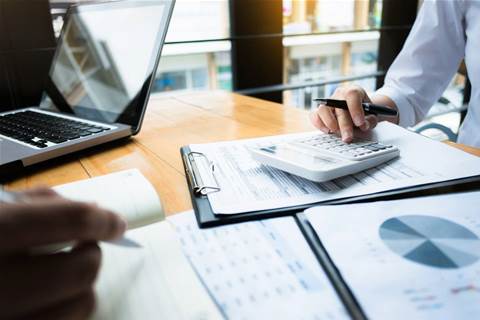 CIOs and IT managers in Australia and New Zealand have had their budgets stall this year despite a push from organisations to increase funding for ‘digital transformation’ initiatives.

That’s according to the latest instalment of the Gartner CIO study, the results of which were revealed at the analyst firm’s annual symposium this week.

The survey gathered data from 1,877 CIO respondents in 74 countries, including 111 CIOs in ANZ, across the public, private and non-profit sectors.

The resulting report showed that two-thirds of respondents in ANZ expected their budgets for digital innovation to increase further next year.

An overwhelming majority (90 percent) of ANZ CIOs said they expect the use of digital channels to reach customers or citizens to increase even further in 2021.

One interesting aspect of the ANZ market the study uncovered was the chain of command with 44 percent ANZ of CIOs reporting to their CEO, compared to 51 percent globally.

In addition, 67 percent of ANZ respondents said they were increasing investment in cyber/information security, second only to business intelligence and data analytics, which 73 percent said was a priority.

The ‘digital maturity’ of organisations in ANZ continues to rise, according to the report. Gartner said the percentage of CIOs who reported being at the ‘scaling’ and ‘harvesting value’ phases of digital transformation hit 47 percent, a few points higher than last year’s 43 percent mark and close to the global average of 48 percent.

“Last year, I told CIOs that success in 2020 meant increasing the preparedness of both the IT organisation and the enterprise as a whole to withstand impending business disruption,” said Gartner research VP Andy Rowsell-Jones.

“This truth came at enterprises full force with the COVID-19 pandemic. In 2021, CIOs must build on the momentum they created for their enterprises and continue to be involved in higher-value, more strategic initiatives.”

Due largely to the reduced impact of the COVID-19 pandemic in the region, ANZ organisations are further down the path to recovery than most other regions the report stated.
ANZ CIOs reported at a 44 percent rate that their organisation had planned and was now implementing a “new normal strategy”, compared to an average of 33 percent globally.

Accomplishments thin on the ground in 2020

The biggest accomplishment for many CIOs in 2020 fell under the umbrella of what Garner called “classic IT responsibility”, or provisioning laptops and VPN connections for remote workers.

Respondents reported that two-thirds of employees were now able to work from home, and 54 percent of those are now working from home more than half of the time.

Two-thirds (67 percent) of ANZ CIOs expect this to increase in 2021, compared to only 52 percent globally.

“Many CIOs managed to get thousands — maybe even tens of thousands — of workers set up remotely in just a few weeks to keep the enterprise running during the lockdown. CIOs can be justly proud of this accomplishment,” said Rowsell-Jones.

Gartner said the list of technologies that interest CIOs looks roughly the same as in recent years.

5G was a longer-term consideration for respondents with 60 percent planning to deploy it between 12 months and three years from now.

Interestingly, 60 percent of CIOs in ANZ and almost half globally said they had no interest in blockchain technology.

Cybersecurity spending continued to increase according to 67 percent of ANZ respondents. These said they were increasing investment in cyber/information security, second only to business intelligence and data analytics (73 percent).

The gender gap within the CIO cohort is still an issue for local organisations with only 14 percent of those surveyed female and 86 percent male.

The organisations which made up the survey were Government at 44 percent; Not-for-profit at 18 percent; privately held businesses made up 21 percent; and publicly traded companies made up 17 percent of those surveyed.