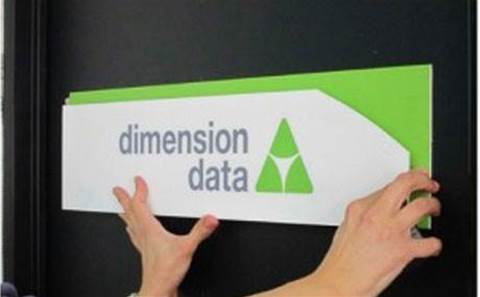 The cloud business, which is a separate trading entity to Dimension Data Australia, made a loss of $61.5 million in the financial year ending 30 September 2017, which followed an $81.6 million loss in 2016, according to the company's financial report lodged with ASIC.

Dimension Data Cloud Solutions Australia's revenue was down $2 million in 2017 to $34 million.

By comparison, DiData Australia booked more than $250 million in losses in the same time period, despite revenue hitting $1.2 billion in FY17.

Late last year, parent company NTT announced that it would transfer DiData's global cloud business into NTT Communications, bringing the two companies' infrastructure-as-a-service capabilities together as a single "cloud powerhouse" managed by NTT. The transfer was completed in early April.

The financial report showed that in February, prior to the transfer, Cloud Solutions transferred its over-the-top services business to Dimension Data Group Services Australia, a related entity. At the same time, all of Cloud Solutions' shares were sold to Dimension Data Cloud Wholesale Services, another related entity based in the US, before transferring under the NTT umbrella.

NTT is now responsible for cloud service development and operation, and serves as a wholesale provider to Dimension Data and NTT Data.

The Cloud Solutions business was led by Steve Nola from 2011 until his departure in 2016 when he took on the larger role of chief executive of Dimension Data Australia.

Two days prior to the cloud business transfer, DiData Australia got a vote of confidence from the government when the Australian Signals Directorate approved the company to host protected-level government data in its own cloud, becoming just the fourth company to do so at the time.

The financial report also revealed that the $165 million cash injection DiData Australia received from its parent company in late 2016 was used to "recapitalise" the Cloud Solutions business. A year prior to that, DiData Australia received $175 million from its parent company to fund the acquisition of IT integrator Oakton. DiData impaired its investment in Oakton a year later by $73 million after reviewing the carrying value of its assets.

Other major transactions throughout last year include Cloud Solutions selling its hosted desktop and gateway services business to Sydney-based MSP CustomTec in September.