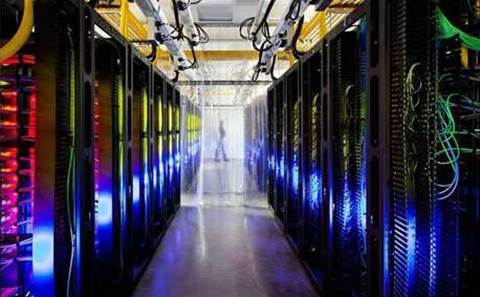 The partnership, which was unveiled at the 2014 Cisco Live event this week in San Francisco, will involve Dimension Data, a longtime Cisco partner and No. 11 on the CRN US 2013 Solution Provider 500 List, hosting Cisco-branded Infrastructure-as-a-Service (IaaS) and Software-as-a-Service (SaaS) offerings, which Cisco will then bring to market through its own reseller channel.

"We have 23 years of history with Dimension Data and now this -- an evolution of our relationship as we move forward as InterCloud partners," said Rob Lloyd, president of development and sales at Cisco, speaking at Cisco Live Tuesday.

The Dimension Data agreement comes two months after Cisco's Global Partner Summit, where the networking titan committed US$1 billion to rolling out InterCloud, a global network of connected public, private and hybrid clouds. Cisco itself is building a network of data centers to host cloud services such as IaaS and SaaS, but is also hosting these services in partner-owned data centers - or what it calls InterCloud "nodes" - that use Cisco gear.

Out of the gate, Cisco unveiled Telstra as its initial InterCloud hosting partner, but Dimension Data, Cisco said, is the first truly global InterCloud partner, meaning it will leverage its global data center footprint to deliver Cisco cloud services around the world.

Dimension Data will be the first InterCloud hosting partner to go to market with Cisco-branded cloud services. The Johannesburg-based company is slated to roll out Cisco IaaS and SaaS offerings within the next 90 days. Telstra, Cisco said, is expected to go live by the "end of the calendar year."

Stephen Nola, group executive of IT-as-a-Service at Dimension Data, said one of the reasons Dimension Data was interested in joining Cisco's InterCloud initiative is that it gives providers such as Dimension Data access to a growing global network of clouds.

"We have been in discussions with Cisco around the whole InterCloud concept and we saw it as a wonderful vehicle to continue to look at how we can serve clients on a global basis," Nola told CRN US. "There are facilities or access points that we can't reach, but being part of the overall [InterCloud] program allows us to get our capabilities into areas we otherwise don’t have access to."

Dimension Data is hosting two "bundles" of Cisco-branded cloud services. The first is going to include Cisco's Unified Computing System (UCS) Director for managing converged infrastructure environments such as Vblock, FlexPod and VSPEX; Cisco's InterCloud Fabric, which is software for moving workloads between different public and private clouds; and Dimension Data's own public IaaS offering.

The second bundle will include all the components of the first bundle, plus two SaaS applications: Microsoft SQL Server and SharePoint.

No word on pricing yet, but Cisco said it plans on being "very competitive."

Both bundles will be hosted by Dimension Data, but white-labeled by Cisco and sold through the Cisco channel.

This will have a big impact on Dimension Data's partner base, Dimension Data’s general manager of cloud services David Hanrahan told CRN Australia.

"It's really significant to us in terms of increasing our partner base," he said. The partnership will have "a very big impact in terms of reaching a much wider scale very, very quickly."

He said Cisco resellers will be essentially reselling a white-labeled service which has a Dimension Data service behind it.

"It's clearly targetted to deal with enterprise workloads…as opposed to being a commodity cloud that's competing on price."

With the InterCloud announcement, Dimension Data said it will expand its data center footprint from 10 to 13 locations by September of this year.

What's more, those Dimension Data data centers will be upgraded to include Cisco's Application Centric Infrastructure (ACI) and Cisco InterCloud Fabric software, a migration Cisco said all InterCloud hosting partners eventually will make, since these two technologies are the "underpinning" of InterCloud.

Hanrahan said Dimension Data's cloud services are being delivered in Australia from data centres in Sydney and Melbourne.

Cisco, for its part, has six data centers for hosting its own cloud services. Over the next 12 months, Cisco said it wants to have a presence, either through its own data centers or partner-owned data centers, in 70 countries.

Cisco also said VCE is working to integrate the Cisco InterCloud Fabric into Vblock, while NetApp will do the same with FlexPod.

In addition to Earle's new unit, Cisco has launched a new Cloud Orchestration division, being led by Dr. Gee Rittenhouse, the former president of Bell Labs, and a new Cloud Infrastructure and Services Delivery organisation, being led by Faiyaz Shahpurwala, whose previous role at Cisco was senior vice president, Cloud Infrastructure and Managed Services.

There will be roughly 3,800 Cisco employees across all three of these organisations.

Peres said his new role will involve both recruiting new partners to go to market with InterCloud, in addition to helping existing Cisco partners transition to the cloud model while overcoming the cash flow or financial challenges often associated with that shift.

Firstly though, Peres said his aim is to ensure that Cisco's messaging around InterCloud, especially as it relates to partners, is clear.

"We need to very clearly identify and articulate the strategy that we are trying to achieve. Many of our partners are still confused by that, and what we want to do is bring clarity in a very fast way, and communicate that quickly," Peres told CRN US at Cisco Live. "That's one of the first objectives that we have."

When Cisco first introduced InterCloud in March, some Cisco partners -- and especially those who have already invested in building out their own Cisco Powered cloud offerings - told CRN US they weren't entirely clear where they fit into the InterCloud strategy. Some, meanwhile, were even concerned that InterCloud would pit them against a network of cloud providers of greater size and scale, including both Cisco itself and InterCloud hosting partners such as Telstra or, now, Dimension Data.

But Peres said all Cisco partners, even if they aren't an official InterCloud hosting partner such as Dimension Data, will still have a role in the InterCloud ecosystem. He said, for example, that partners with existing Cisco Powered cloud services -- meaning they’ve built their own cloud services that sit on Cisco infrastructure -- can leverage the Cisco InterCloud Fabric to move customer workloads throughout the broader InterCloud network.

"There is a space for these partners to continue selling what they are selling and then connect to InterCloud through the InterCloud Fabric," Peres said.

Partners largely cheered Peres' move to Cisco's new cloud organisation, taking it as a sign that InterCloud, true to Cisco's heritage, would be a partner-centric strategy.

Peres said the growing InterCloud partner network won't have any immediate impact on Cisco's core partner program, but that new incentives and other changes will likely be coming down the pike.

"As more of these capabilities and more of these [InterCloud] offerings start to come online, you will see a continued evolution of the programs we have to adapt to these new environments and new areas of focus," he said.