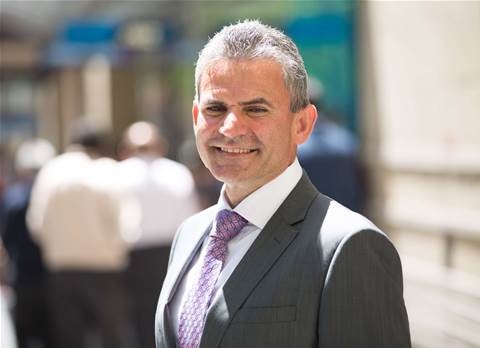 ANZ Bank's chief information officer, Scott Collary, has been let go and replaced by Gerard Florian, a Dimension Data executive who takes a newly elevated role as part of a sweeping reorganisation of its leadership team.

The bank yesterday said Collary would leave ANZ later this month. His role has been replaced by a new group executive of technology position, to be filled by Florian, who was previously Dimension Data chief strategy officer of IaaS.

In August 2015, Florian was appointed to a four-person panel of technology industry experts advising the Australian bank.

A Dimension Data spokesperson told CRN: "Gerard Florian is leaving Dimension Data after 22 years. He has been a valuable member of our team and we wish him well on his move to ANZ Bank. It is a great opportunity for him and for ANZ."

In his new role, Florian will be given a seat on the group executive committee, and responsibility for "defining ANZ's technology strategy and building and managing the group's technology infrastructure".

"Increasingly technology is redefining our business and our relationship with customers. Gerard's leadership skills and his background in technology including cloud computing make him ideally suited to oversee the strategic shift that we need to make," CEO Shayne Elliott said in a statement.

Florian's role will subsume the responsibilities of the CIO while being elevated to the group executive committee.

While having been promoted to report into Elliott a few weeks ago, Collary was not a member of the executive committee.

Elliott said Collary had made a "very strong contribution" since joining the bank almost two years ago.

"He has established great working relationships between technology and our businesses, continued to strengthen reliability and efficiency of ANZ's systems, and built a cohesive team and culture within technology," he said.

"I thank him for his service and wish him every success in the future."

Collary's departure marks the latest in a clear-out of ANZ's top IT ranks following the appointment of Maile Carnegie as the bank's digital chief in March this year.

It follows the departure of Patrick Maes in September, leaving the bank without a CTO or CIO in favour of newly-created group executive positions, and the departure of its head of digital banking Claire Rogers in August.

Carnegie's executive role was established to lead and unite the group's digital efforts under one function.