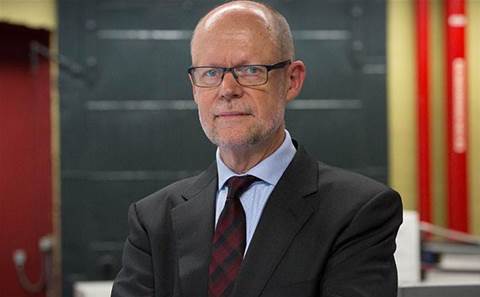 Dimension Data has named Craig Lennard as the new chief executive for Oakton, the Sydney-headquartered software integration business it acquired in 2014 for $171 million.

Lennard started this week and replaced Neil Wilson, who had "stayed on to support the organisation through the resulting changes" after the acquisition, Steve Nola, Dimension Data Australia chief executive, told CRN.

"He [Wilson] successfully completed that process and has moved on to seek new opportunities."

Lennard takes the reins of a company with more than 1000 employees and six offices across Australia as well as one in Hyderabad, India.

The company's services include application development, ERP integration and analytics. It partners with a bevy of software vendors, including Microsoft, Oracle, Workday, IBM and Salesforce.

Lennard spent the past seven years at SMS Management & Technology, most recently as managing director of its advisory services unit.

SMS has just completed its acquisition by fellow Australian IT solutions provider, ASG Group, which is set to create a $500 million IT firm with 2000 staff.

His departure from SMS was the result of an "extensive search" by Oakton, rather than the outcome of restructuring following the ASG deal, a Dimension Data spokesperson confirmed.

"Craig provides a fresh perspective on everything Oakton,” Nola said.

“Oakton has proven business insights and expertise, very strong consulting skills and can develop and provide applications that are truly valuable in an organisation’s digital transformation.

"Businesses are struggling to really understand what impact a digital strategy will have and the related timeline and processes needed to implement them. Craig’s expertise in business development and consulting means he is the right person to drive the next stage of Oakton’s development and that of our clients," Nola added.

Lennard is not alone among top-level hires at Dimension Data. In late August, Peter Fury parted ways with DXC Technology as part of its global restructure, and landed a role as a senior vice-president based in DiData's Melbourne office.

Dimension Data has more than 3000 Australian staff and turned over $1.2 billion in 2015, according to its most recently available annual report.