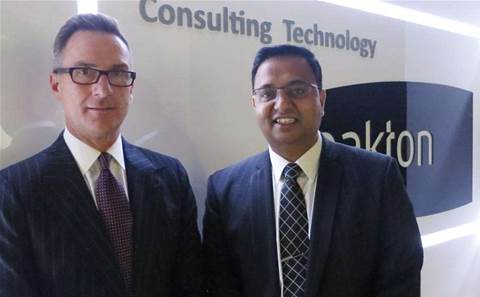 DiData Australia has entered into a scheme with Oakton where it is proposed the integration giant will purchase all of Oakton's 90 million shares for $1.90 per share - which values Oakton at approximately $171 million.

The scheme is also subject to approval by the Supreme Court of Victoria.

Oakton is already a partner of Dimension Data, having signed up to resell the DiData cloud in June 2013.

ASX-listed Oakton has been hit by less-than-stellar performance. In its half-year results, it reported a 3.3 percent drop in revenue to $81 million and a 9.5 percent fall in profits to $4.1 million, admitting trading has been "challenging".

Oakton executive chairman Paul Holyoake said in a statement: "Through its continued transformation, Oakton has become a leading Australian service integration company. The investments we have made in our operation in  India, solution development, and service integration partnerships have created a unique platform with our customers' requirements.

"This has been recognised by our strategic partners at Dimension Data. While we remain positive on the outlook for Oakton  as an independent company, a primary focus for the Oakton board is always to maximise shareholder value.

"Given that the proposal put forward by Dimension Data represents an attractive premium for Oakton shares, it is the unanimous recommendation of the board that shareholders vote in favour of the scheme, subject of course to an independent expert determining the scheme is in the best interests of Oakton shareholders and in the absence of a superior  proposal," said Holyoake.

Click for more: What the DiData-Oakton merger means for the channel

Grow your software revenue by selling these 5 affordable, essential tools for the modern workplace
By William Maher
Steven Kiernan
Aug 12 2014
10:13AM