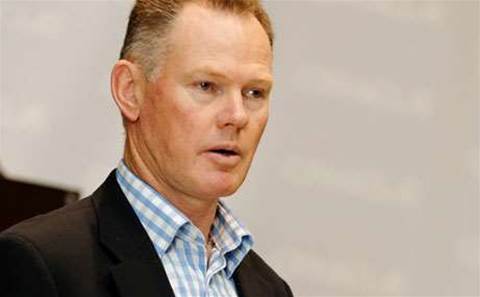 Nextgen Distribution made $39 million of revenue in its first full year in business, driven by some major Oracle projects for state governments.

The distie was founded by former Ingram Micro Australia director of sales & marketing John Walters in November 2011. In its first partial year, the last eight months in the 2011-12 year, Nextgen reported sales of $10.4 million.

Walters told CRN he was particularly proud to have nailed budget. "The good thing is we hit our top line and bottom line budgeted numbers. When you start a business and you budget, it is 'finger in the air' stuff, so we are pretty pleased with that."

Nexgen made a gross profit of $2 million, however, its net result was a $1.1 million loss.

Walters was pragmatic about the red ink. "You cannot start a business of our scale and size and for what we want to achieved and make a profit from day one. In our business plan, we budgeted for that.

"A loss is a loss, no one likes it, but it was always planned and we hit our budgeted number."

He wouldn’t confirm whether Nextgen expected to turn a profit in the current financial year, saying: "Obviously we can’t continue a loss forever, but we have a longer-term view and we will invest to make sure that longer term view is realised."

Walters said: "Flash memory has arrived and if resellers aren’t looking at flash option for their client base, they are missing a huge opportunity."

The distie's biggest vendor is Oracle, which drove the largest deals. Walters said Nextgen had been part of "two or three" major state government rollouts worth up to $4 million, and that most public sector work had been in Western Australia, with some in Victoria.

He added that Nextgen had also won some substantial enterprise deals worth "half a million to a million".

"The majority were Oracle-related with a few other vendors wrapped around them."

Walters was confident of the future of disruptive vendors. "When you have a beast like an Oracle or Microsoft or Cisco, it is always difficult for challenger brands to think they can scale to that level.

"But Cisco was a start-up at one stage. So was Microsoft. When Steve Jobs announced the iPhone, it was a challenger brand with zero market share. Look where it went in a few years. Challenger brands have the chance to make a mark and get under the skirt quite quickly.