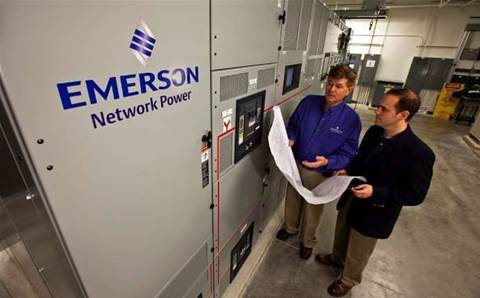 Emerson channel director Mo Kandeel said the addition of Distribution Central would allow partners to future-proof critical infrastructure for disruptive technologies such as the Internet of Things.

“Distribution Central’s addition to our distributor network is a testament to our continued success in the channel market in Australia and New Zealand,” said Kandeel.

“With its excellent service reputation and wide network of resellers, we are confident that we will be able to cater to a broader customer base.”

Distribution Central chief executive Nick Verykios said the addition of Emersion would help partners ensure the reliability of their customers’ most critical applications.

“We will take the Emerson Network Power portfolio to market with a full suite of channel services, and combined with Emerson’s commitment to the channel enable Emerson’s partners to deliver real business benefits to their customers,” said Verykios.

Emerson Network Power is part of the US conglomerate Emerson, which earned US$24.5 billion in revenue last year.