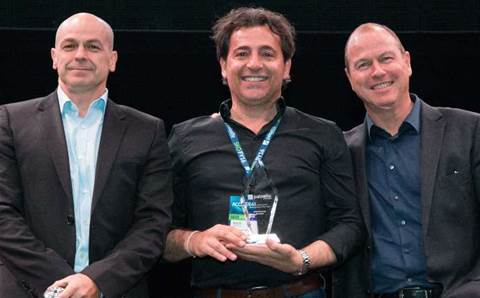 The distie received the award at the security vendor's Sales Kickoff event in Las Vegas.

"Two accolades in two years is testament to the strength of our relationship with Palo Alto Networks," said Distribution Central chief executive Nick Verykios. "We continue to deliver results after two years of significant investment."

Since grabbing the Australian rights to Palo Alto in June 2013, Distribution Central has won two Asia-Pacific gongs, one ANZ Distribution Partner of the Year (2014) award and became the first ANZ distie to become an Elite Authorised Support Centre (ACS).

“We congratulate Distribution Central on winning the Asia-Pacific Distribution Relationship of the Year award for the second year in a row. The team is committed and has done an excellent job in providing sound technical expertise to Palo Alto Networks customers," said Palo Alto Networks ANZ regional vice president Armando Dacal.