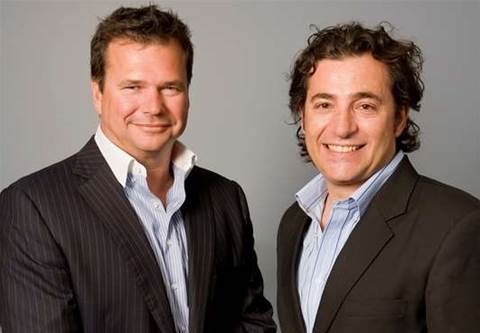 Verykios, who bought into the company in 2004 when it was Firewall Systems, would focus on developing a three-year plan that mapped out the company's ongoing relevance to resellers and vendors, while Frew focused on the company's overseas play.

Verykios, a director and shareholder, who had been involved in Distribution Central's operations for most of the past decade, said staff were informed today.

“It shocked a lot of people that I wasn’t the managing director,” Verykios said. “My title changed depending on which distractions I didn’t want. I made sure sales teams were delivering and made sure marketing teams delivered.

“Scott was focused on the operational side of the businesses. We both still own the company, that doesn’t change. We’re both directors but he’ll be focused on bringing in the big fish for us. We are dead set keen to establish [links] to global partners as well as looking at some very large vendors," Verykios told CRN.

Verykios said his priority was to firstly, get “a good executive assistant in management”. Then, he had given himself a six week program to gather a sample of resellers, big and small, and “work out our relevance”.

“I’m working on the premise of three things to consider – key market drivers and how are we working, while identifying ones we believe and not the hype –  so we don’t keep our head in the clouds"

"Next "I'll look at what worked in the past and make that contemporary. Finally, what will be important in three-years time?

"What I’ve done is establish an innovation committee. All that information will come together to form our plan of what the Asia Pacific expansion has to look like.

“Global resellers are asking us to do more and more in other countries we have to respond to that. [That's] Scott’s focus,” he said.

Each unit has different sales, engineering and marketing teams, technology specialisations and "they talk to completely different people", Verkios said.

“In the beginning of the world you were either time-and-place or a value-add. I spent a lot of time in New York [with Westcon, formerly Lan Systems] and it occurred to me at the time that it’s no longer that. You actually have to be both. You have to add value in both those areas," he said.