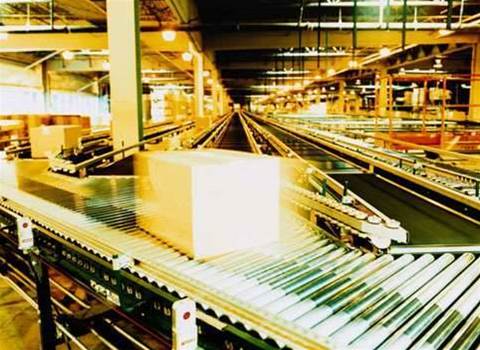 A new Global Technology Distribution Council (GTDC) research report - titled “Distribution’s Edge: An Economic Analysis of Routes to Market for Information and Communications Technology (ICT) Products And Services”- shows once and for all that two tier distribution is the flat out most profitable route to market for technology companies looking to grow fast and scale the business.

“’Distribution’s Edge,’ which is based on data from a new Route To Market Calculator, reaffirms the economic value that distributors provide tech vendors and partners,” said GTDC CEO Frank Vitagliano in an interview with CRN. “EBITDA (Earnings Before Interest Taxes, Depreciation and Amortization) goes up dramatically for technology companies taking advantage of the two-tier distribution model. This data shows the competitive edge technology companies get by working with distributors.”

The study and the route to market calculator – which provides head to head comparisons of route to market economics for direct to customer, single tier indirect and the two-tier distribution focused partner-led indirect model – will be featured at the virtual GTDC conference next month.

The Route To Market Calculator is the brainchild of Vation Ventures – a go to market at scale consulting and research company- in collaboration with GTDC, the industry association representing distributors that make up US$150 billion in annual sales.

“The Route To Market calculator enables a company to qualify all the different go to market varaibles and do it in real time with real data,” said Vitagliano. “The model shows that the two tier route to market remains the most cost effective.”

A US$1 billion plus hardware maker showed a 64 percent increase in EBITDA to 46 percent in a two tier distribution model compared with 28 percent in a direct model and 39 percent in a single tier direct to VAR model, according to the Vation Ventures Route to Market Calculator which is cited in the 12-page GTDC Distribution’s Edge research report.

An enterprise software company, meanwhile, nearly tripled its EBITDA from just eight percent in a direct model to 23 percent in a two tier distribution model and 13 percent in a single tier model, according to the Vation Ventures data.

“It is very clear that EBITDA soars for companies leveraging distribution as they scale the business,” said Vitagliano. “Distribution provides significant reductions in sales, general and administrative (SG&A) and cost of goods (COG) sold that simply can not be achieved by companies that are going to market direct. It provides a level of operational excellence that is umatched by technology companies attempting to scale the business on their own.”

The GTDC report and Vation Ventures Go To Market Calculator will be the subject of a panel discussion at the GTDC Virtual Conference on Nov. 10.

Vitagliano credited Denver, Colo. Headquartered Vation Ventures with driving increased awareness of the value of distribution among high profile venture capital companies. “Vation has provided the modeling data that shows venture capital companies the cost and marketing advantages of working with distribution,” he said. “As a result, we are seeing distributors bring on significantly more venture backed emerging technology companies.”

Vation Ventures Managing Director Dave O’Callaghan, a 30 year plus channel veteran who held top channel posts at Cisco and VMware among others, said the route to market calculator brings a “fact based model” to the market that vendors and channel chiefs can use to analyze route to market market economics.

“The debate has raged for decades about the value of the channel and every one of those conversations has been based on anecdotes,” said O’Callaghan, who said he longed for just such a calculator when he was a channel chief being grilled by CEOs and CFOs on route to market costs. “That debate can now be concluded with pure math. This is like moving from PowerPoint with lots of colors and anecdotes into Excel with facts. This is an industry tested model that allows any company to put in their own data and come up with a go to market answer.”

The Route to Market Calculator confronts channel skeptics that complain about the go to market “channel tax” with real world data, said O’Callaghan. “This provides the ability to have a data driven conversation with CEOs and CFOs with detailed numbers from the company and then land on the right go to market,” he said. “Before it was all innuendo and guess work. Now it is fact. It takes the mystery out of the channel. It reverses the channel tax perception and turns it into an annuity.”

The Route to Market Calculator will be launched at the GTDC Virtual Conference and will be available at that time in a limited free format on the Vation Ventures website. Vation plans to offer the full-featured, in depth go to market calculator on a one to one consulting basis for customers.

Michael Goldstein, CEO of LAN Infotech, a Fort Lauderdale, Fla., solution provider that is a member of distribution giant Ingram Micro’s Trust X alliance, a group of 350 SMB partners that teams closely with the distributor, said he was glad to see there is finally a “fact based” model brought to the channel ecosystem that “proves the value proposition” of distributors.

“We view distribution as our advocate, a source of financing with larger buying power, and a team that educates us on new technologies to solve business issues with newer technologies,” he said. “Distribution gives us the ability to test and learn new technology before it goes mainstream.”

Goldstein credited Ingram and other distributors with providing the financial and supply chain muscle to help get partners through the global pandemic. “I can’t imagine how we would have gotten through the pandemic without all the different services provided by distribution,” he said. “Distribution really stepped up big-time across the board. Distributors definetely helped us weather the storm. Ultimately distribution has made us and our customers more successful. It has provided us with the peace of mind we needed so badly during these tough times.”

Vitagliano, for his part, said it was simply “amazing” to see how quickly GTDC member distributors provided assistance to help vendors and partners move almost instantly to work from home. That quick response, he said, started with “changes to their own organizations, like transitioning thousands of inside sales and support people from on-site to work from home.”

At the same time, dsitributors kept warehousing and logistics function operating in a “safe and efficient manner,” said Vitagliano.

Finally, Vitagliano praised GTDC members for investing in a number of services and support activities that “provided enormous value and contributed to keeping the entire global IT supply chain flowing.”

The Route to Market Calculator strikes at the heart of Vation Venture’s mission to provide “innovators a path to success” with the goal of getting companies to scale and grow the business at a more rapid clip. “This financial model provides the math to show companies when they should move to direct, one-tier or two-tier,” said O’Callaghan, who also teaches courses on Go To Market and Innovation Theory at the University of Denver. “This is going to help VCs and companies understand how to best go to market.”

O’Callaghan credits his son Joe O’Callaghan, a former director of strategic initiatives at solution provider Trace3, as the founder and driving force behind Vation Ventures, building strong ties to the venture capital community. “We’re the only one that looks at this route to market question from money to money- from the VC money to the end user money,” he said.

Among the other companies that showed EBITDA increases with the route to market calculator are a hybrid hardware-software edge computing provider and an emerging technology software company.

The hybrid technology company taking advantage of two tier distribution showed a 50 percent increase in EBITDA to 33 percent compared with 22 percent for a direct route to market and 27 percent for a single tier model.

The emerging technology software company, meanwhile, showed a 13 percent increase in EBITDA with a two tier distribution model to 79 percent compared with 70 percent for a direct model and 73 percent for a single tier model.

The payoff for companies that scale quickly with a two tier distribution is hundreds of millions of dollars in additional revenue and profits, according to the GTDC study. “Our hope is that getting this route to market calculator out into the marketplace will allow companies to scale faster which will create more jobs,” said O’Callaghan, who is hosting the virtual GTDC panel discussion. “In the end if that happens then we all win.”

O’Callaghan said he couldn’t be more excited with the formal launch of the Route to Market calculator at Virtual GTDC conference. “I have seven grandchildren and now it feels like I have an eighth,” he said, referring to the unveiling of the Route to Market calculator. “This should clarify the value distribution and the channel provides to customers.”

Eliminating departmental friction within MSPs
By Steven Burke
Oct 13 2020
6:19AM