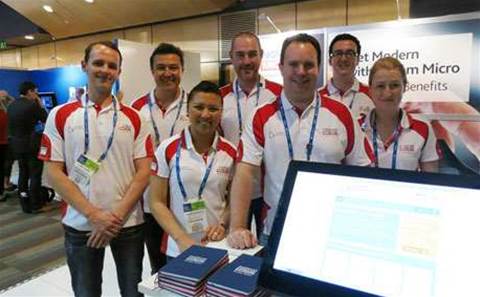 Ingram team at the Microsoft conference

Ingram Micro has been awarded Australian Distributor of the Year for 2012 by Acer.

The award was presented to Ingram Micro by Acer's national sales manager, Amir Sinanovic, at the vendor's partner conference last week in Argentina.

The vendor has been outperforming rivals in notebook sales, according to a recent IDC report.

“We’re delighted to receive this award, and we would like to thank both Acer and our resellers who have helped us this year.

“The team has worked really hard, and this shows in the results that they’ve seen over the past twelve months. We look forward to continuing this success next year.”