Distributors must unite AWS and Azure to succeed in cloud: Canalys 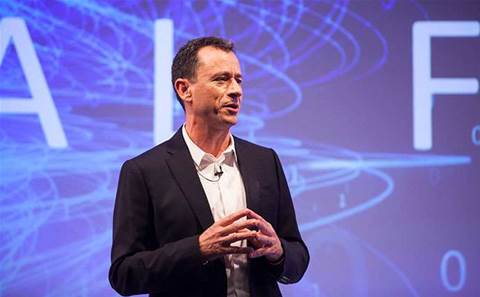 The aggressive move among distributors into the cloud space could help offset revenue declines, but will struggle to gain traction until these marketplaces can deliver a truly comprehensive suite of services.

That was the message from Canalys chief executive Steve Brazier, who used his opening keynote at the analyst's conference in Macau to discuss cloud marketplaces, which have been a huge theme across the channel in the past year.

Ingram Micro leads the pack, said Brazier, who added that "many distributors are following suit", including Tech Data and Avnet. However, no distributor marketplace is complete and hence are struggling to drive sales.

"The benefit of the cloud marketplace – the aggregation of cloud services – is you can deliver single sign-on, one employee directory, one bill, and consistent security policies across the range of software you are deploying in the cloud. It is a compelling offer," Brazier said.

"However, it only makes sense if those marketplaces are comprehensive. Today there isn't a marketplace in the world that can combine even AWS and Azure in one selling transaction, which is really holding back deployment. The [lack of a] comprehensive portfolio is holding this business back."

Alex Smith, director of channels at Canalys, hosted a breakout session focused squarely on cloud marketplaces, where he sounded a word of caution for distributors.

"Overall, there is very little evidence of significant commerce flowing through enterprise-grade marketplaces. When we look at AWS' tremendous growth, a lot of that is happening through direct engagements in terms of bringing large-scale customers onto their infrastructure," he said.

This doesn't make such marketplaces irrelevant, Smith added. While e-commerce sales are lacking, functionality such as integration of myriad cloud different services and providing integrated billing "are hugely important".

"Investing in that capability will enable them [distributors] to provide cloud services through a reseller community to customers, but that main part is I don't believe the actual procurement will happen though the marketplace," he said.

Management consoles and orchestration portals must go beyond spinning up vanilla workloads and virtual machines, King told CRN at the conference.

The value in cloud exists in "the native services on offer", said King, who pointed to complex services such as AWS Relational Database Service or Elastic MapReduce as the true use cases for public cloud. "Spinning up VMs... is not the true cloud use case."

The ability to truly aggregate AWS and Azure services would suit a market demand, added King. "People want multiple clouds. The services available in AWS are not the same as the services available in Azure and vice versa. The ability and skillsets for a small organisation to have skills in both clouds is a bridge too far. The industry's charter is to abstract that complexity without compromising the power."

An MVNO model for cloud

In his keynote, Brazier suggested distributors could take a leaf out of the telco book and bring a mobile virtual network operator (MVNO) model to cloud.

"Something interesting is beginning to emerge – where we learned from the mobile industry – where the marketplaces begin to aggregate cloud services. Go to AWS, buy in bulk and then break up that bulk and sell it on to local customers cheaper than Amazon can itself," he said.

"We are seeing the emergence of an MVNO model in the cloud marketplace environment, which could be very exciting if the cloud providers are willing to support it aggressively enough."

Next: Cloud marketplaces in Australia