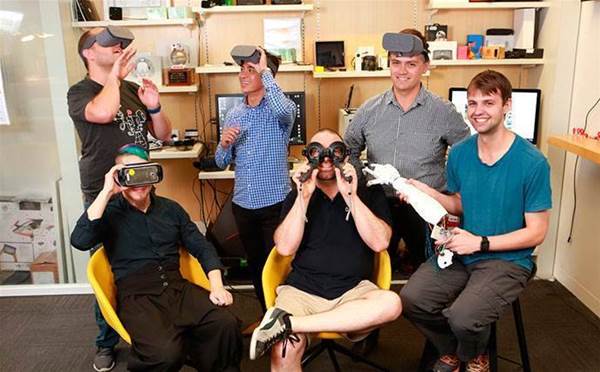 The real estate industry has become one of the first use-cases to emerge out of the burgeoning virtual reality industry.

At the forefront is Australia's REA Group, the global property advertising firm behind realestate.com.au and flatmates.com.au.

The group was looking to capitalise on the rise of VR by building an app that would save time for busy property seekers. REA wanted to showcase a selection of properties in VR by using 3D models.

REA partnered with 3D modelling specialists Matterport to help with the app, but when it came to the technology side, AWS partner DiUS was enlisted to support development and help productise the app.

The three teams worked towards a deadline to complete the application by November 2016, in time for the launch of Google's budget VR headset Daydream View. REA worked closely with Google's local team on pre-release software and hardware to hit that deadline and had direct contact with the Daydream production team during development.

DiUS helped to build the app using Unity, a program traditionally used by video game developers, while Google technology was deployed to support the build.

When it came to productising the app, DiUS selected AWS CloudFormation, which is used to provision and manage AWS infrastructure as code. This allowed the teams to test locally, identify bugs early on and apply fixes prior to pushing any changes into the Google Play Store.

It was a first for DiUS developing for user experience in virtual reality. While the design principals remained the same, there were new areas to explore with the new platform that is still in its infancy.

The real estate VR app was launched on the Google Play Store on 11 November, giving REA a foot in the door with the application of virtual reality in real estate. The app launched with 25 listings and has since expanded to include any property listed for sale on realestate.com.au with a Matterport scan.

If you would like to enquire about purchasing tickets to the conference or awards, please contact CRN Events - crnevents@nextmedia.com.au.

Pictured: the teams from DiUS and REA