Do you know what a server is? HPE's not sure you do 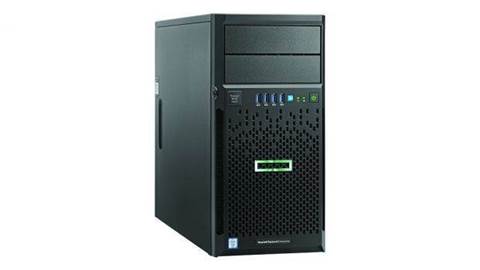 A server. In case you don't know what one is.

Perhaps CRN is being naïve – but we assume that if you're an HPE partner or want to become one, you'd know what a server is, what it can do for a business and how a server differs from a PC.

Which is why we’re just a bit confused by a Thursday post on HPE’s Alliances blog titled “What is a server and why do SMBs need a server? “

“When some people hear ‘computer’ they immediately think of a workstation that sits on a desk,” the post says, before going on to say that “while some servers and workstations may look similar, they have different features and functions.”

The post goes on to explain that workstations are “usually designed to be a single device for a single user” and then reveals that “Servers are different. They are designed for 24x7 operations with built in redundancy and rich management features.

“A server can handle multiple client devices and multi-user applications and it becomes the central repository for important data and services that everybody needs. In addition, the server can centrally manage user access not only to data, but to the entire network.”

Which is quite a nice explanation, but would an HPE partner really need it?

The post’s purpose is to help the channel understand when to sell a first server to a small-to-medium business. HPE reckons the signs the time has come include:

HPE thinks the answer to any or all of those problems is a ProLiant Gen10 box.

CRN imagines plenty of others would deduce that the answer is Dropbox, Office 365 or G Suite, without the need for pesky on-prem IT at a business of such small size.

Perhaps we’re being a little short-sighted. There are plenty of places around the world where poor connectivity means a small server will be a better option that cloud-based services. And first server opportunities are important because they're often the moment at which a small business steps out of the retail channel and engages with service providers like plenty of CRN readers.

But we’re still just a little stunned that it’s necessary to tell a partner anywhere just what a server is, especially when other recent posts to the same HPE blog covered virtualisation and hybrid cloud, topics on which partners could conceivably need a refresher.

Grow your software revenue by selling these 5 affordable, essential tools for the modern workplace
By Simon Sharwood
Mar 25 2019
11:55AM