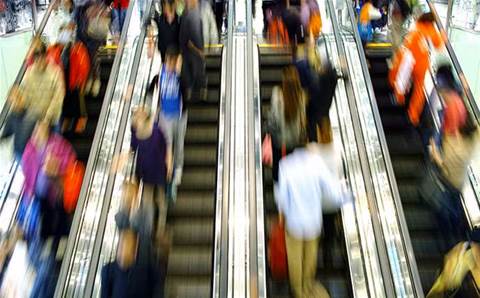 The ISP, which is owned by public company M2 Group, had already appointed its first two kiosk franchisees by February this year, but it appears the company has opened up the doors to many more prospective franchisees.

CRN has seen advertisements for 34 franchises for sale across Australia, including NSW, Victoria and Queensland, all with $100,000 price tags.

The advertisements describe franchises as a “unique opportunity” that allow buyers to “partner with one of Australia’s most iconic brands, backed by an ASX-listed powerhouse, in a dynamic and growing sector”.

Dodo’s sales pitch described the kiosks as “unique” in retail and a “one-stop shop”, selling ADSL/ADSL2+ and NBN, mobile wireless broadband, home phone, mobile and VoiP voice services. Dodo kiosks also sell car, home and contents insurance, and electricity in NSW and Queensland, and both electricity and gas in Victoria.

The ISP has been undertaking a “national expansion” of its Dodo Connect kiosks, reporting in February that it had rolled out 40 in a year. By April, it reported the number had grown to 68 kiosks, with Dodo listing kiosks in NSW, Victoria, Queensland and South Australia at the time of writing.

The eventual number of Dodo kiosks could be much higher. An advertisement for the franchises state the ISP is expanding nationally “towards 150+” kiosks.

The advertisement states: “As the next phase in this business channel’s development, a selected number of kiosks (including some small stores) are now being made available under a franchise model.”

The advertisements seen by CRN are dated late May. A spokesperson for Dodo’s parent company M2 Group did not know how long the franchises had been on sale, other than to say not all the kiosks would have been offered to franchisees immediately after being rolled out.

Advertisements have appeared for franchises in Ringwood, Ballarat, Cranbourne and Corio in Victoria.

It’s not the first time Dodo has pushed a retail strategy. In 2004, prior to the ISP being bought by M2, Dodo was planning for up to 60 retail stores under the name “Dodo World”.

Dodo is not the only provider of phone and broadband services that has been expanding its retail network. Vita Group reported earlier this year that it had more than 100 Telstra Stores by the end of 2014.