Double exit for Australian chiefs of Brocade and Ruckus 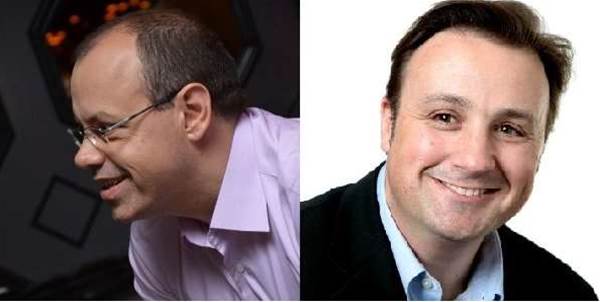 The Australian managing directors for both Brocade and Ruckus Wireless have departed, as the companies integrate after their $2 billion merger.

Gary Denman (pictured, left) worked his last day of his two-year stint as head of Brocade Australia two weeks ago, revealed CRN's sister publication, iTnews. He is understood to have joined Intel Security.

His new role at the infosec firm is unclear. Intel Security was hunting for a new Australian managing director after Keith Buckley departed to Riverbed Technology earlier this year.

Brocade APJ vice president Adam Judd is currently looking after the local operations until the company can appoint a permanent replacement.

A Brocade spokesperson thanked Denman for his "dedication and hard work".

"Brocade’s investment of time and resources in the ANZ region as a strategic market essential to building its success in APJ and globally, will continue unabated," a spokesperson said.

The spokesperson said Denman's role would be directly replaced.

The company has just started work integrating Ruckus Wireless into its operations following its $2 billion April acquisition of the wireless networking provider.

But the new Ruckus division of Brocade is also now without a managing director after Pat Devlin (pictured, right) departed the organisation following two years leading the local business.

A Ruckus spokesperson thanked Devlin for his contributions and confirmed his last day would be 5 July.

"We have begun conducting a search for his replacement. In the interim, William Ho, vice president, Asia-Pacific at Ruckus Wireless, who holds the overall leadership responsibility for the Asia-Pacific region, will be overseeing the ANZ portfolio," said the spokesperson.

Brocade's acquisition of Ruckus was intended to create a networking giant that could offer solutions from the data centre to the wireless network edge, as well as for emerging technologies like 5G and the internet of things.

"Ruckus and Brocade will continue to operate business as usual for our distribution and channel model," the Brocade spokesperson said.

"Our intention is to quickly enable a seamless process to procure both Ruckus and Brocade products through our mutual channels."

Know more? Get in touch