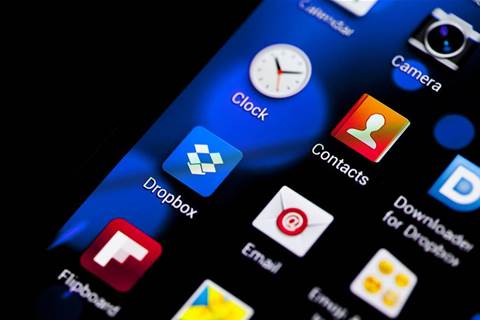 Cloud-based storage and collaboration technology developer Dropbox this week unveiled significant enhancements to its channel program aimed at formalizing different tiers of partners and the certifications those partners need to expand their Dropbox business.

Dropbox has over 11,500 channel partners worldwide split evenly between the Americas, EMEA (Europe, Middle East, and Africa), and the Asian-Pacific region including Japan, said Simon Aldous, global head of channels for the company.

Aldous declined to discuss what part of Dropbox's revenue -- which amounted to US$1.66 billion in its last fiscal year -- comes from indirect sales channels, but said the company's channel business has increased significantly over the last two years during which Dropbox launched its first official channel program.

"The channel business is the newest business for Dropbox," he said. "We started with direct sales to users, then added a direct sales team, and more recently the channel. Last year, the channel was the fastest growing part of Dropbox's business. And the momentum is continuing."

New to Dropbox's channel program are the company's first series of certifications it offers to partners, Aldous said.

This includes a certified sales accreditation, a certified administrator to help partners manage their Dropbox operations, a certified deployment specialist to manage solutions design and deployment including integration with Microsoft's Active Director, and a HelloSign sales certification.

Dropbox in early February closed its US$230 million acquisition of HelloSign, an eSignature and document workflow platform with more than 80,000 customers.

Also new to Dropbox's channel program is three distinct tiers of channel partners (Registered, Select, and Elite) based primarily on the number of certifications they have achieved and not on their Dropbox revenue, Aldous said.

"We expect our select and elite level partners to have their own marketing capabilities and work with us on agreed sales plans," he said.

"For partners who see strategic value working with us, we expect them to invest in Dropbox. And instead of total revenue, we will look at the number of customers they reach and the number of licenses they sell."

Dropbox also introduced a more structured marketing process for its partners, improved its partner portal content and marketing collateral, and improved support for its select and elite partners, Aldous said.

Dropbox has over the last couple of years invested a lot into its channel sales, said Anoush D'Orville, CEO of Advisory, an MSP and a three-year member of the vendor's partner advisory council.

"To Dropbox's credit, they realized how important it is to go to the people who are selling solutions to customers," D'Orville told CRN.

D'Orville said his company already has one Dropbox certification from a pilot program, and that he has been calling for the vendor to adopt a tiered approach to its program and use certifications to set the levels.

"Certifications have merit, especially on the pre-sales side, as customers continue to migrate to the cloud," he said. "Dropbox's approach will be very helpful for partners."

D'Orville said he hopes to see Dropbox eventually bring out more technical certifications, which is how partners really distinguish themselves.

"Dropbox is such a large part of our ecosystem," he said. "It's important even for know-it-alls to get the training. For instance, most people don't know about Dropbox Paper, which is a multimedia collaboration whiteboard, and a lot of people won't know about it unless they get Dropbox training."

As Dropbox has increased its channel focus, it has seen the value of its partners grow, Aldous said.

A lot of Dropbox customers look to their channel partners to make Dropbox part of a managed service offering with partner support and enablement, he said.

"Dropbox is a content and collaboration platform. Customers are using it as their underpinning architecture for serving content, and partners can add value as part of a managed SaaS services offering."