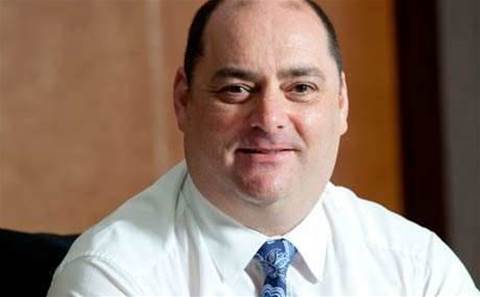 DWS chief Danny Wallis during the CEO Sleep Out.

Technology services firm DWS has recorded a 7 percent decrease in net profit and a one percent decline in revenue, down to $16.86 million and $109.05 million respectively, for the year ending June 30, 2012.

Managing director Danny Wallis said he viewed the results as being strong compared to the company’s competitors, and a reasonable result in light of the upcoming election and the ongoing, year long political uncertainties that have been swirling through Canberra.

Earnings for the year were down 8 percent, to $24.32 million, while a fully franked dividend of 5.50 cents per share was recorded, with a payment date of October 3, 2013.

Wallis said the company would remain on alert for potential mergers and acquisitions over the next twelve months. “There are a few things that may be of interest, but we can’t comment on them at present,” he told CRN.

He also said existing acquisitions, including that of Apt Business Solutions, which was completed in December 2012, has further enhanced revenue in the application managed services space.

The company is also continuing to its iSolutions capability on the back of strong demand for its business process automation technology, iSupply.

In addition, the Borealis DWS Consulting joint venture commenced operations on July 1, 2012 after extensive pre-planning during the second half of the financial year.

Willis remarked the company expects further growth to come out of the government sector after the instability of the election, and said that the company is anticipating a change of government post September 7. “Then we will see some clarity and a return to normality,” he said.

Eliminating departmental friction within MSPs
By Joshua Gliddon
Aug 26 2013
11:27AM