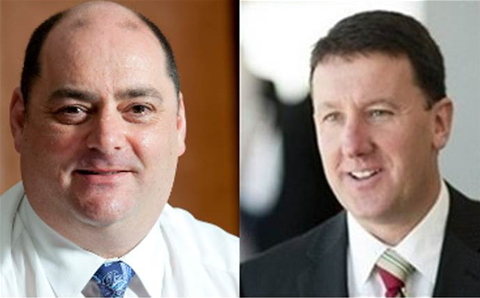 DWS has given shareholders a glimpse at the company's plans if its proposed merger with SMS Management and Technology scheduled to go ahead in July.

The two IT providers announced plans to merge in February which, if successful, would see DWS acquire 100 percent of SMS shares in exchange for $1 in cash and 0.39 DWS shares for each SMS share. This gives SMS a valuation of $124 million.

The deal would create a company with $463.7 million in annual revenue with a headcount of nearly 2000 staff in Australia.

DWS submitted a document to the Australian Securities and Investments Commission on Friday detailing how the company will look if approved by shareholders.

The company expects to net $5 million annually in synergies in a number of ways including duplication of senior management roles and insurance costs.

DWS plans to replace the SMS board of directors with its own appointees, with chief executive Danny Wallis taking over as chief executive and managing director of the combined company.

The deal would also see SMS removed from the ASX, reducing registry and listing costs.

DWS said that it doesn't have any intention to make "substantial staffing changes" at SMS, however, approximately 15 full-time back office staff may be made redundant. DWS will also conduct a review to determine whether there will be further staff changes.

DWS also highlighted some of the new capabilities it will receive by combining forces with SMS, including a stronger managed services proposition and recruitment capability. SMS, on the other hand, will gain access to digital and data management services, with the goal of the combined company to become an end-to-end IT provider for customers.

The company will be in a better position to bid for larger projects that may not have been possible by either company on their own due to resources, DWS said.

DWS saw renewed growth when Wallis took over the top job in 2015 after a brief stint away from the business. Last financial year saw DWS' best results since 2013 with 53 percent revenue growth to $144.5 million.

Meanwhile, SMS struggled financially after its "national sales and delivery restructure" led to a "serious deterioration" of the sales pipeline. SMS reported a $44.5 million net loss in the half year ending 31 December 2016 due to an impairment of good will from its consulting business.

SMS will hold a meeting on 14 June for shareholders to vote whether to approve the acquisition. Both DWS and SMS overwhelmingly support the deal.