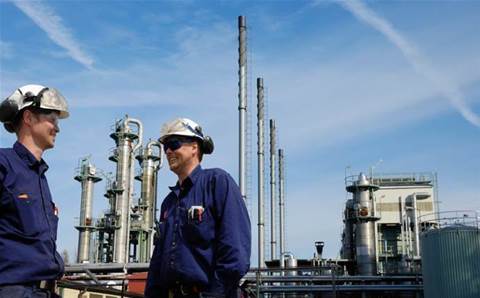 Telco Swift Networks has landed a five-year, multi-million dollar service contract through its partnership with DXC Technology, its largest contract win since listing on the ASX.

The contract starts with a $1.5 million upfront payment for the provision of services for oil and gas industry personnel, including network infrastructure, crew welfare solutions and digital entertainment systems for up to 4600 rooms per year in onshore and offshore locations through Australia’s northwest.

“We are pleased to provide this update on our partnership with DXC which was only announced late last year and are delighted that the first deal with DXC is such a landmark win,” Swift chief executive Xavier Kris said.

“Our reseller relationships, which also include Telstra, AST and Tripleplay, are producing pleasing results demonstrating that our strategy is being delivered as planned and we look forward to continued growth in conjunction with our partners.”

Swift will also be providing messaging and alerts, health, welfare and training material, free to air television and pay TV integration to the sites, in addition to 24x7 support throughout the contract’s term.

The contract also adds new locations for Swift while also renewing services to two sites for another five years, recontracting the rooms under DXC.

Swift signed a reseller agreement with DXC Technology’s IT services subsidiary DXC Connect in October last year, with Swift being its preferred vendor for digital entertainment systems and content.

In November last year, Swift scored multi-year contracts in Western Australia to provide the same services to mining camps across the state, covering about 825 end users. A similar deal was also landed in January, providing content services to 1000 rooms across 10 oil rigs in the Gulf of Mexico, partnering with IPTV platform provider Tripleplay.

Cloud application revenue made easy
By Nico Arboleda
May 9 2018
10:03AM