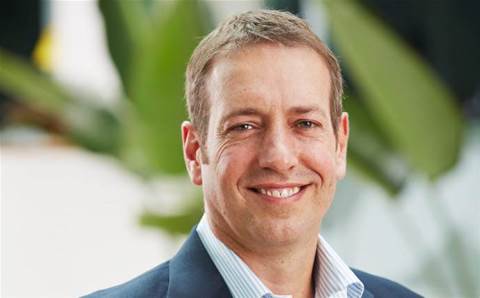 DXC Connect has taken a handful of former senior exexcutives, including former general manager Rob McCabe to the Supreme Court of NSW in an attempt to block him from joining rival Data#3.

As part of the proceedings, McCabe was restrained from disclosing specified information on his former employer. DXC also sought to restrict McCabe fromworking for Data#3 until March 2018, along with an order to inspect every device he used prior to handing in his resignation, but was unsuccseful.

McCabe handed in his resignation on 21 June and was slated to depart in September. However, according to court documents, McCabe met with Data#3 chief executive Laurence Baynham later that month to discuss joining the company.

According to court documents, McCabe presented to Data#3 a presentation entitled "Data#3 Investment Opportunity June 2017". In this presentation, McCabe allegedly discussed establishing a new business within Data#3 that was similar to DXC Connect, focusing on infrastructure design, implementation and support.

It is claimed that the presentation discussed an opportunity to hire up to "20 key personnel" from DXC and identified a number of entities as "customers we believe we can shift" that were mostly government customers of DXC. The presentation also apparently included customers' actual revenue and projections.

Judge Ashley Black said he wasn't convinced that information in this presentation wasn't already public knowledge, or couldn't have been created by someone with relevant industry knowledge.

Evidence from DXC includes a spreadsheet that lists potential resignation dates and start dates for a number of DXC staff.

The court found that McCabe backed up a "substantial amount" of information from his 13-year career at DXC immediately after announcing his resignation. This includes a backup of the virtual machine that McCabe used exclusively for work at DXC, which contained approximately 7000 files, as well as emails and contacts.

McCabe is also accused of reseting his mobile device so data could not be recovered before handing it back to DXC for inspection.

McCabe said he never intended to use the information contained in his backups, and there was no specific evidence suggesting any of these files were confidential. However, the judge said there was a seriously arguable case that McCabe breached confidentially given the sheer size of the backups that it likely contained confidential information.

Given the sheer size of the backups, the judge said there is likely to be confidential information included, and that therer is a seriously arguable case that McCabe breached confidentially.

The judge also said there was a serious argument that McCabe breached his fiduciary duty by attempting to transfer staff to Data#3, which McCabe accepted.

McCabe agreed to an injunction from working for Data#3 until December 2017, but DXC lobbied the injunction should last for another three months in order to protect itself from the use and disclosure of confidential information, but this request was turned down.

A DXC spokesperson told CRN: “We are pleased that the contractual restraints in relation to Robert McCabe, the former business lead for DXC Connect, have been upheld in interlocutory proceedings. At this time, we respectfully decline further comment given ongoing legal proceedings.”

Update 3 September with the following response from Data#3:

Data#3 will not be commenting on the legal case between individuals and their former employer.

Data#3 has been independently named as an employer of choice twice in 2017 - named one of Australia’s best large companies in the Human Resources Director magazine in May, and as a winner of The Australian Business Awards for Employer of Choice in August.

Data#3 is a leading Australian business technology solutions company. The company celebrated 40 years in business, and will mark 20 years on the ASX, in 2017.

With a record profit, and revenues of over $1 billion in FY17, the company’s ongoing success, stability and growth, combined with its strong culture and values, understandably attracts and retains Australia’s most talented people.