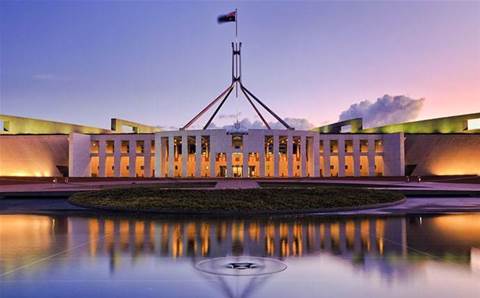 CRN has once again dug into the federal government’s procurement records to identity which partners and vendors were able to get their hands on government spend.

Our results aren't necessarily definitive as AusTender doesn't publish every contract in a timely manner or use the same business name for each contract.

Nevertheless, we are confident that these figures will provide a useful depiction of the biggest winners in Canberra for Q2 2019.

1 April to 30 June was a strange time in Canberra as politicians and IT folk alike lost their minds over May’s federal election, which saw the Coalition retain power. The quarter also ended with EOFY spending rush, which gives us better look at what the government was spending on in FY19.

Let’s look at the total value of deals awarded to partners first.

No major surprises here as the ‘Big D Four’ (I just made this up, let’s see if it sticks) took the top four spots.

DXC took the top spot this time with more than $50 million in deals. The two stand-out contracts were an $18 million deal and $15.3 million both from the Department of Defence. This is where AusTender lets us down though, as we know the ATO extended DXC’s centralised computing contract for another four years in May, adding another $529.1 million to its now $2 billion arrangement.

Datacom’s big highlight was a $33.4 million ICT managed services deal with the ACCC, while most of Dimension Data’s total came from smaller sub-$1 million deals. Dimension Data’s biggest deal was a $13 million software implementation for the Australian Prudential Regulation Authority.

We’ll keep an eye out for whether Dimension Data’s contracts will eventually transform into NTTs, as we learned in June that the DiData name and brand will soon be phased out in favour of parent company NTT’s branding.

MSP Qirx made our list for the first time thanks in part to a $5.6 million converged systems deployment for the Department of Social Services.

Google partner Oobe also won more than $3 million across three separate contracts, the largest being a $1.9 million deal with the Department of Foreign Affairs and Trading.

Another notable name was Cirrus and Correct Communications, the Canberra-based systems integrator it acquired in 2017. The two companies joined forces for the express purpose of winning more work in Canberra, which has obviously paid off with close to $10 million in contracts last quarter.

Oracle has a lot of software to sell to the government, so its top spot shouldn’t be a surprise. The vendor’s biggest individual software deal was worth $12 million from Defence.

AWS had a cracking quarter and now has a whole-of-government procurement deal worth $39 million over the next three years, which offers simplified pricing to all federal, state and territory organisations.

A note on companies like IBM and Fujitsu who often straddle the line between partner and vendor. We’ve made a judgement call to include IBM as a vendor as the majority of its Canberra work is as an IT services delivery company, while Fujitsu often works as a systems integrator in the ACT. If you want to argue against our decision, you know where the comments section is.

For the same reason, we’re including telcos in their own category, though there’s one telco that stands above the rest.

We’ve used the AusTender website’s record of all government contracts awarded between 1 January and 31 March, 2019, across four categories of deals most likely to record IT spend. Those four categories are information technology broadcasting and telecommunications; domestic appliances and supplies and consumer electronic products; electronic components and supplies; and engineering and research and technology-based services. Then we did the math, added up the value of contracts and compiled them into a list.