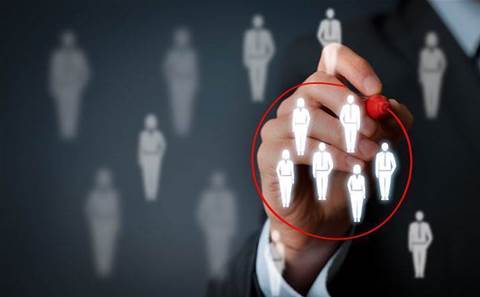 DXC Technology is cutting costs. The newly-formed company said Tuesday it had axed four layers of management in its delivery and support organisations and shrunk its real estate footprint by 7 percent during its first quarter of operations.

The company said it had cut US$140 million of costs since opening for business 3 April, and is on track to achieve an annual cost savings of US$1 billion by the end of its first year of operations, in March 2018.

DXC came into being through the merger of IT outsourcing behemoths CSC and HPE Enterprise Services.

"It's not a small deal to remove four layers of management in 90 days," Mike Lawrie, DXC's chairman, president, and CEO, told Wall Street analysts. "We did find a fair amount of overlap."

The spans of control across the entire company have increased by 20 percent, according to Lawrie, referring to the number of people reporting to each manager. At the same time, Lawrie said CSC hired 6000 employees in the most recent quarter in a push to refresh its workforce.

All told, Saleh said DXC achieved US$60 million of net savings in the quarter through its workforce optimisation.

"We've had the first phase of management layer elimination, but we still need to attract younger talent in the right location and continue to develop the talent that we have," Saleh said.

DXC has also been closing locations with low utilisation rates and combining offices in big cities, Saleh said. The solution provider ended up shutting 58 facilities and consolidating an additional 31 sites.

A spokesperson from DXC's Australian operations declined to say whether the cuts impacted the local business.

“Our integration in ANZ is tracking well. Real estate consolidation and workforce optimisation was always a component of the integration process," the spokesperson said.

"Our facilities consolidation is aimed at bringing our people across the legacy businesses together so they can get to know get to know each other and collaborate better. We will also continue to cross skill and upskill our people as well as hire new talent with skills that align with our business strategy.”

DXC saved US$50 million by way of improved supply chain processes, Saleh said. The company consolidated its vendor line card, renegotiated agreements with its top strategic suppliers, and achieve additional rate reductions for third-party labor as well as non-labor expenses, according to Lawrie and Saleh.

Finally, Lawrie said DXC reduced its services and products from 500 separate offerings to less than 300, grouped into nine offering families.

"It's critical that we have the right mix of people with the right skills to serve our clients, to drive innovation, and to compete in a very dynamic workplace," Lawrie said.

In DXC Technology's first quarter of operations, which ended 30 June, the company reported that sales sunk to US$5.91 billion, down 7.9 percent from US$6.42 billion for the combined performance of CSC and HPE Services at this time last year. That fell short of Seeking Alpha's estimate of US$5.93 billion.

On a non-GAAP basis – which excludes restructuring, transaction, integration and pension-related costs – net income soared to US$461 million, or US $1.59 per share, up 164.9 percent from US$174 million, or US$0.61 per share, for the combined companies last year. That crushed Seeking Alpha's estimate of US$1.27 per share.

DXC Technology shares climbed US$2.51 (3.24 percent) to US$80 per share in after-hours trading on Tuesday. Earnings were announced after the market closed.

DXC saw Global Business Services (GBS) sales decline to US$2.27 billion, down 6.4 percent from US$2.42 billion for the combined companies the year prior, due to the completion of large government application services contracts in the United Kingdom.

That was partially offset by growth in DXC's enterprise cloud apps, consulting and analytics offerings, according to the company.

Global Infrastructure Services (GIS) revenue fell to US$2.97 billion, down 9.8 percent from US$3.29 billion the year prior due to continued woes in the company's data centre business. However, the rate of decline after factoring out changes in foreign currency exchange rates slowed to 5 percent, from an average year-over-year fall of 12 percent, during the company's 2014 to 2017 fiscal years, Lawrie said.