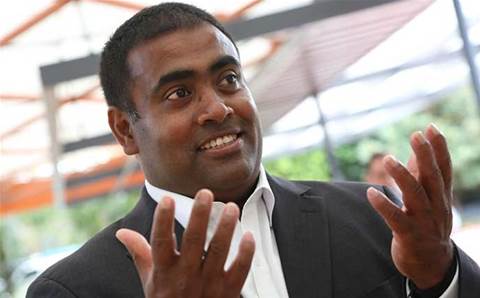 DXC intends to reduce its office footprint in Australia as consolidation work continues following the two sets of integrations that led to the firm's foundation.

With 42 offices across Australia and New Zealand, and every state locally represented after the consolidation of Hewlett Packard Enterprise Services, UXC and CSC, DXC has a plan to consolidate offices into about half of that over the next three years.

“I would expect by the time we conclude all of that over the next two to three years, we'll end up somewhere closer to 20 offices between Australia and New Zealand. That will include offices in every state,” DXC Australia managing director Seelan Nayagam told CRN earlier this month.

“People work much better together when they're all in one location. They help with collaboration, bring people together. [Having many separate offices is] not always practical because you've got different leases and different time frames. So we're working through all of that.

Nayagam shed light on some of the inner workings of the company, which officially launched in April. Its foundation sees the integration of several practices from the Australian UXC business.

“We actually have expanded the coverage that we had in the industries,” Nayagam said of some of the new business structures. “Where we used to have what we called ‘diversified’, which consists of manufacturing, energy and mining technology, and consumer retail and travel and transport. We split that into three industries.

“Then we have unique solution partners, who are part of our solution set as we take it to market. That's the total partner ecosystem is around 250 globally. We leverage those solutions as a set.”

Nayagam said that locally, DXC had a three-pronged approach to the market.

“One is what we call the ‘build’ part of the organisation. That's primarily focused around creating solutions with our partners, as well as customers and making sure we solution the right outcome for our customer base,” he said.

“The second part is obviously the go-to-market sales organisation. That's split into industry coverage. So key customers that we have, they have dedicated account managers who are primarily aligned by industry. And then we have a dedicated sales team that focuses on new sales and new logos and so forth.

“The third market is obviously around delivery. Making sure we're delivering all of the things and our offerings. As we bought UXC we made a conscious decision to maintain their unique practice model, which is very important to us. So each one of the practices align with a key strategic partner for us.”

Australia and New Zealand is home to 3000 DXC customers, which account for 50 percent of the company’s overall customer base. DXC confirmed the company’s revenue, however, did not align the same way.