Eastman Kodak stock surges 40% as it unveils cryptocurrency for photographers 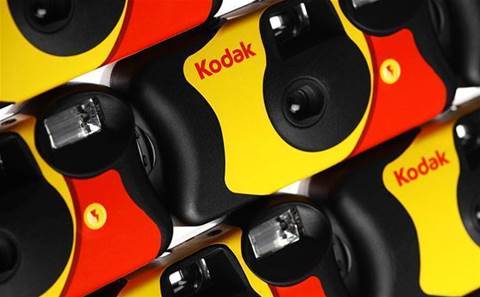 The storied Rochester, New York-based company said in a statement it is launching a cryptocurrency called "KODAKCoin" for photographers, part of "KODAKOne", an image rights management platform launched in a licensing partnership with WENN Digital.

The platform uses blockchain technology, the backbone of Bitcoin and other digital currencies that have surged in recent months and raised fears of a price bubble.

The stock was last up 41.9 percent at $4.40 in mid-afternoon trading on the New York Stock Exchange.

The one-time leader in photography film has struggled to transform itself into an imaging software and technology company. Kodak was a Dow Jones Industrials component until April 2004 and has seen its stock slump 90 percent since emerging from bankruptcy in 2013.

Several other companies in recent weeks have been rewarded with sharp rises in share price after announcing their transformation into cryptocurrency businesses.