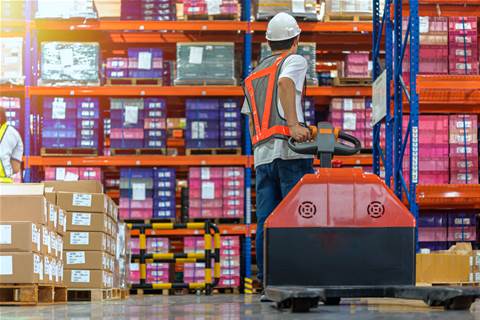 The company could face millions of dollars in penalties, and the company’s director and general manager Song Cheng could be slapped with hundreds of thousands of dollars in fines himself.

The FWO said it has commenced action under the ‘serious contravention’ provisions of the Protecting Vulnerable Workers laws, alleging the underpayment of 30 migrant employees on working holiday visas.

Winit provides its services for people and companies who sell via online platforms, including eBay.

The employees, mostly from the country Taiwan and aged in their 20s, were sorting, loading and packing goods at the company’s Regents Park warehouse in Sydney.

The FWO said it was employees reaching out to make complaints that prompted the investigation into Winit.

It is alleged employees regularly worked up to 60 to 70 hours per week over six or seven days but most were paid a flat hourly rate of $24.41 with no penalty or overtime entitlements.

The company also, allegedly, failed to comply with laws relating to pay slips, providing new employees with a Fair Work Information Statement and obligations around shift allowances, meal allowances and frequency of pay.

Furthermore, the FWO alleges that Winit reduced at least two employees’ shifts after they refused a settlement offer of 25 percent of what they were owed, made shortly after FWO began its investigation.

All employees have now been back-paid in full.

The Ombudsman said that In four of the cases, they have evidence that shows the contraventions were “deliberate and systematic” and alleges that they meet the definition of ‘serious contraventions’ under the Protecting Vulnerable Workers amendments to the Fair Work Act.

Fair Work Ombudsman Sandra Parker stated that the maximum penalties for serious contraventions are $630,000 per breach, totalling a $2,520,000 maximum for four serious breaches.

Cheng’s alleged involvement, which does not include any serious contraventions, could see him facing penalties of up to $12,600 per breach.

“Employers are on notice that the Fair Work Ombudsman will enforce the Protecting Vulnerable Workers laws to ensure that any individuals or companies who allegedly commit serious contraventions are held to account,” Parker said.

“All workers in Australia have the same rights, regardless of nationality and visa status. Anyone with concerns about their pay or entitlements should contact us for free assistance.”

Grow your software revenue by selling these 5 affordable, essential tools for the modern workplace
By Ben Moore
May 17 2021
3:07PM