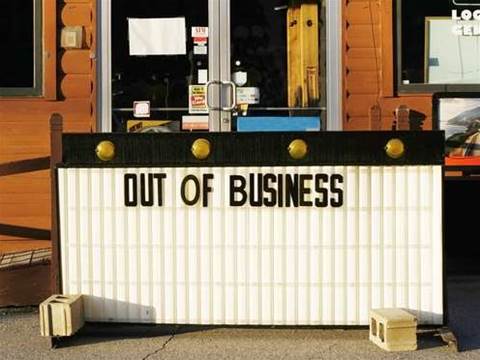 Ecomtel has launched a scathing attack against its wholesale provider Telstra accusing it of prolonging a billing dispute that "forced" Ecomtel into administration.

Ecomtel, which provided internet and voice services, emailed customers over the weekend announcing it would enter voluntary administration.

The emails did not go into detail as to why the telco - which has been in business since 1999 - had suddenly collapsed.

But the company posted a lengthy statement on its website last night alleging Telstra had "seriously abused its market power and acted unconscionably" in its dealings with Ecomtel.

The server hosting the statement has since been taken offline.

A Telstra spokesperson told iTnews Ecomtel's services had been cut off because they "refused to pay their bills and left us with no choice.

"We can't be expected to continue to supply services when we are not being paid," he said.

Ecomtel said it had entered a billing dispute with Telstra last year.

It claimed the incumbent's usage meters for ADSL were faulty and resulted in "grossly overcharged excess charges".

It also accused Telstra of ignoring warnings in 2006 and April 2007 that the meters were producing erroneous readings and of refusing a meeting with Ecomtel to resolve the issues.

According to the statement, Telstra attempted to settle the dispute three times, beginning in December last year.

An offer of $30,000 was "declined as totally insufficient". That was increased "to just under $100,000" but Ecomtel said that "still refused to address all the issues".

Telstra confirmed it had "worked with Ecomtel over many months" to bring about a resolution.

Ecomtel said it escalated the dispute with a threat of Federal Court action and sent a "final demand" to the incumbent. It alleged Telstra responded by requesting further information.

"Ecomtel had been trading at 60 days for many years and they [Telstra] demanded that this be dropped to 30 days," the statement said.

"Ecomtel could not suddenly supply payment for an extra month's billing and hence Telstra threatened suspension."

It claimed Telstra had given an assurance "they wouldn't suspend services" but said the incumbent reversed this decision Monday morning after administrators refused its request for a $20,000 security.

"The administrator had $40,000 but would not provide this security and so told Telstra to stop the supply at about 4.30pm [last] Friday," the telco said.

"Ecomtel staff were told of this at about 5pm last Friday night. Phone calls to Telstra asking that they postpone suspension for a day or two to allow customers to churn to another provided [sic] met with a negative response."

The Telstra spokesperson said it had "suspended rather than disconnect customers to give end-users an opportunity to move to another provider and minimise disruption to them."

Ecomtel appeared to make a last ditch attempt to resurrect under its parent Break Free Communications.

But as of publication, Whirlpool forum users reported that churn requests had not yet taken effect.

It is the second time this month a service provider has accused one of its wholesalers of major billing mistakes.

In a blog post, ISP Exetel's chief John Linton posted "best estimates" of the amount it was being overbilled each month.

"If we don't take some very serious action will continue to become an increasingly heavy burden on Exetel and may become even more serious than that."

Linton did not name the "major carrier" at the centre of the dispute. But he said its "recalcitrance [meant] we are unable to reach any sensible resolution of their implacable intransigence.

"I really hate spending money on legal costs but it seems we have no alternative but to take the actions we propose to attempt to overcome the attitude of "what we say is right/what you say is wrong."

Grabbing the hybrid cloud opportunity with Lenovo and Azure Services
By Ry Crozier
Jul 30 2009
8:17AM