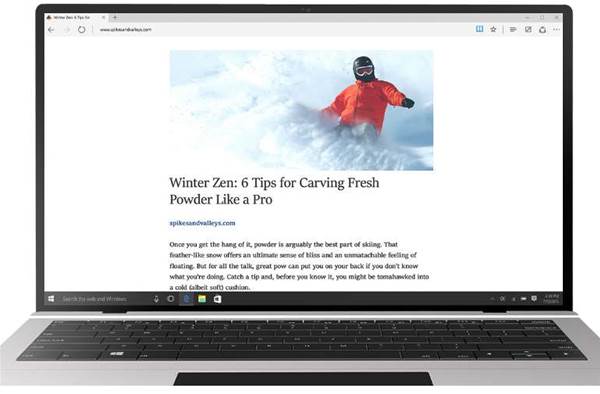 Whether you're on OSX or Windows, if you're on a laptop running off its battery, you'll be very aware that for all its features and niceties Google's Chrome browser isn't exactly power efficient.

Even Chrome's own engineers recognise this, with the company's own Peter Kasting acknowledging complaints that it is a “battery hog” a year ago, and pledging to do better.

Despite this, Chrome gets over half of the worldwide browser share, while Microsoft's Internet Explorer and Edge soak up less than 20%. Microsoft has taken aim at the exposed, fleshy Achilles heel of Google's browser by running its own battery tests and shaming Chrome with its comparatively greedy power consumption.

Of course, not all web browsing is streaming HD video, so Microsoft created a second test, designed to replicate the pointless cycle of internet time wasting we all engage in on a daily basis. “We used the same websites you spend your time on,” explains Jason Weber on the Microsoft Windows Experience blog, “Facebook, Google, YouTube, Amazon, Wikipedia and more.” Where's Bing, Microsoft? And LinkedIn?

Running the browsers on identical Surface Books with power monitoring equipment, the company found that Microsoft Edge was the most energy efficient, though the resulting graph makes less depressing reading for Chrome this time: 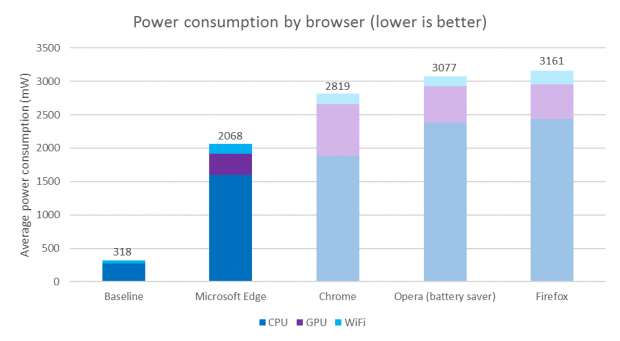 Finally, Microsoft wanted to prove that impressive battery life isn't confined to the lab, so measured aggregated telemetry from “millions of Windows 10 devices around the world.” This is what they found: 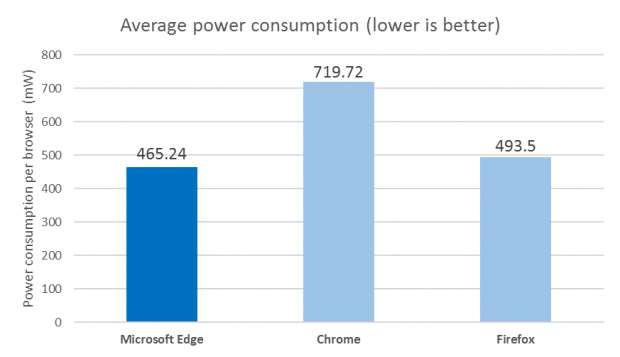 On one level, these findings shouldn't be surprising. Microsoft built Windows 10, and they built Edge to work with Windows 10 – really, if it wasn't battery efficient, there would be bigger questions to ask. On the other hand, Google has acknowledged Chrome is weak in this area for over a year now, and little has been done to close the gap. Hopefully this bit of propaganda will give them a nudge in the right direction.

Though, to be brutally honest, probably not. There's a reason people don't use Edge or Internet Explorer so much anymore, and it comes down to just liking Chrome more, battery hog or not. Edge, for its part, still doesn't support extensions, and Microsoft still has its work cut out undoing the damage from years of the words “Internet Explorer” being a punchline to 100 geeky jokes.