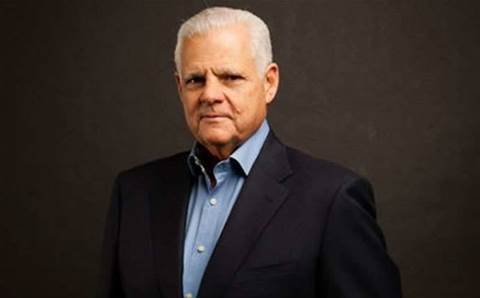 The drama continues between EMC and VMware as a fresh report surfaced Wednesday that EMC's board is seriously considering a takeover by virtualisation vendor VMware.

Adding to the turmoil, EMC’s board has also reached "consensus" that EMC CEO Joe Tucci must step down before the end of the year, according to a report by Re/code.

Rumors have swirled in recent weeks speculating on the future of EMC, which owns roughly 80 percent of VMware and has faced activist investor pressure to divest its stake.

Reports earlier this month pointed to EMC acquiring the rest of  the virtualisation vendor, followed days later by a report that EMC was considering a proposal to be itself acquired by VMware. A week later, VMware CEO Pat Gelsinger said that VMware has no intention of acquiring EMC.

Pressure on EMC is intensifying as a 1 September deadline looms that marks the expiration of ceasefire agreement between EMC and hedge fund Elliot Management.  Elliott Management revealed a $1 billion-plus stake in EMC last July and started pushing for it to spin off VMware.

EMC declined to comment to CRN USA. CRN USA reached out to VMware and Elliott Management for comment and will update this story if we hear back.

Five of VMware's nine board members also sit on EMC's board of directors.

The 68-year-old Tucci reportedly opposes the downstream acquisition by VMware and instead supports an spin-in of VMware, Re/code is reporting. Tucci, for his part, is currently working without a contract, after passing several self-imposed retirement deadlines. Tucci in July said the board is "actively engaged" in succession planning.

Specifics of a deal for VMware to aquire EMC are still far from nailed down, if they ever materialise at all, but EMC is said to be considering a proposal whereby VMware would "issue about $50 billion worth of new shares, a portion of which would be exchanged for EMC shares. The remaining portion of the new VMware shares would be issued to EMC shareholders, who would also get some cash generated from the issuance of about US$10 billion in new debt," according to Re/code.

Matt Brown contributed to this report.